"Our primeval mother Earth is an organism that no science in the world can rationalize. Everything on her that creeps and flies is dependent upon her and all must hopelessly perish if that Earth dies that feeds us." [Viktor Schauberger (1933)]
All of the planets in the solar system were named by the Greeks and Romans after their gods and goddesses. However, the name “Earth” is the combination of the Middle English word “ertha” and the German term “erde, which means “the ground”.

The planet on which we live possessing a gravital (neutral) center and surrounding Life nurturing material and ethereal realms, biospheres or zones - (celestial). Materialism, maya, mundane, 3D, observable. Also terrestrial (as opposed to celestial), self, objective, sense (physical body as opposed to Mind, consciousness, spirit and soul) and thinking. 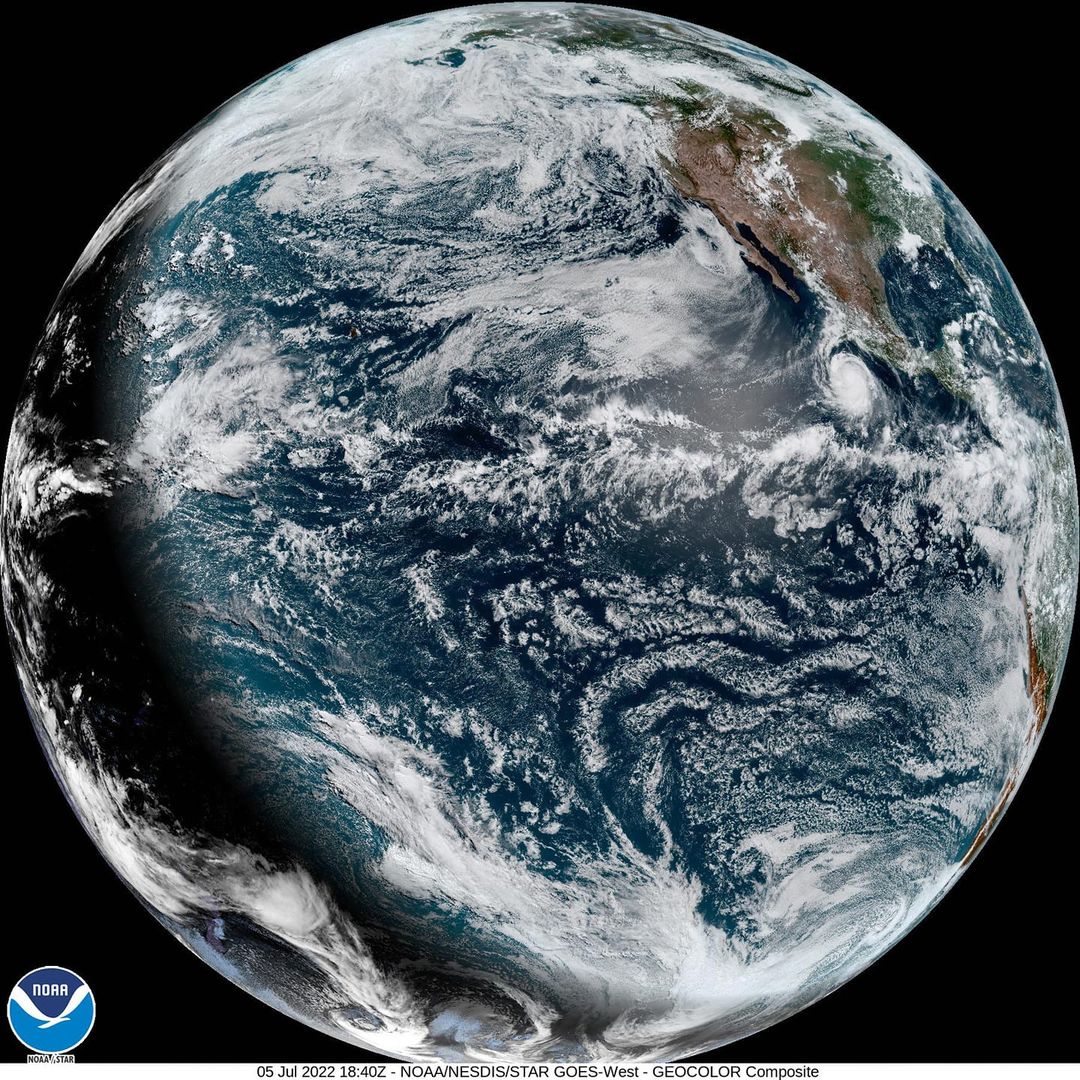 Keely
Rotation of the Earth
"The alternate light and darkness induced by this motion helps to keep up the activity of these streams, and the consequent assimilation and dissimilation. The light zone being ever followed by the dark zone holds the sympathetic polar wave constant in its fluctuations. This fact may be looked upon as the foundation of the fable that the world rests upon a tortoise. The rotation of the earth is controlled and continued by the action of the positive and negative sympathetic celestial streams. Its pure and steady motion, so free from intermitting impulses, is governed to the most minute mathematical nicety by the mobility of the aqueous portion of its structure, i.e., its oceans and oceans anastomosis. There is said to be a grain of truth in the wildest fable, and herein we have the elephant that the tortoise stands on. The fixed gravital centres of neutrality, the sympathetic concordants to the celestial outreach, that exist in the interatomic position, are the connective sympathetic links whereby the terrestrial is held in independent suspension. We cannot say that this corresponds to what the elephant stands upon, but we can say, "This is the power whereby the elephant is sympathetically suspended." [Keely, The Connecting Link Between Mind and Matter - Keelys Progress - Part 2]

"In setting the conditions of molecular sympathetic transmission by wire," writes Keely, "the same law calls for the harmonious adjustment of the thirds, to produce a non-intermittent flow of sympathy. Intermission means failure here. That differential molecular volume is required of sympathetic flow, seems at first sight to controvert the very law established by the great Creator, which constitutes harmony, a paradoxical position which has heretofore misled physicists who have propounded and set forth most erroneous doctrines, because they have accepted the introductory conditions, discarding their sympathetic surroundings. The volume of the neutral center of the earth is of no more magnitude than the one of a molecule, the sympathetic condition of one can be reached in the same time as the other by its coincident chord." Keely has ... attained the transmission of the etheric current in the same manner as the electric current with this one notable difference, that, in order to show insulation to the skeptical, he passes the etheric current, through blocks of glass in running his vibratory devices. [Snell Manuscript - The Book, page 2]

Ramsay
Job says concerning the planet on which we live, the earth-
"He stretcheth out the north over empty space; He hangeth the earth upon nothing." - Job xxvi. 7. [Scientific Basis and Build of Music, page 82]

So the dual system of Music revolves round a mathematical point which is in none of its notes, but in the empty space between the two D's. Like the earth, it is hung upon nothing. This is an exceedingly interesting musical phenomenon. In that comma of vacant space is music's center of gravity.

together on radial lines from the center they appear grouped in various chords and combinations, dropping out and coming in in such succession as to constitute what Ramsay, whose genius was given to set this thus before us, calls "Nature's Grand Fugue." Beginning at F in the center at the top, and moving either to the right or to the left, after a run of 7 notes we have 4 consecutive Octaves, and then comes the Minor fifth, A-E, followed by the Major fifth, G-D; and this by another Major fifth, F-C; the combinations keep changing till at the quarter of the circle we come to F, A, C, E, G, a combination of the subdominant and tonic Major; and after another varied series of combinations we have at the half of the circle the elements of 2 minor chords, D, F, A and A, C, E, and one Major chord, C, E, G; at the third quarter we have a repetition of the first quarter group; and the various chords and combinations dropping out and coming in, fugue-like; finally we return to where we began, and end with the three-times-three chord, in which the whole 25 notes are struck together, and make that wondrous and restful close of this strange Fugue. No one can hear the thrice-threefold chord of this close and ever forget it; it is "the lost chord" found; and leads the saintly heart away to the Three in One who is the Lord of Hosts; Maker of Heaven and Earth, and all the host of them. [Scientific Basis and Build of Music, page 103]

PLATE X.
THE GROWTH-LIKE CONTINUITY OF CHORDS AND KEYS.

Under the symbol of a music plant this plate gives us to realize the growth-like continuity of chords and scales. The roots of the three chords of a key are represented in F, C, and G of the key of C. The plant might be represented as a creeping stem, like the creepers of the strawberry, with its progressive roots struck into the earth; but it is better to show an upward stem with aerial roots, for such are the roots of the musical plant. The main stem of the plant has the three chords, F a C e G b D; that is, F a c, C e g, G b d, the subdominant, tonic, and dominant. The terminal chord, D f# a, is to show that the keys as well as the chords GROW out of each other. Include the side branches which terminate with the octave notes of the chords, read thus - F a c f, G e g e, G b d g, because a chord is felt to be most complete in its unity when thus shut in by the octave note of its root. This is the reason why the great three-times-three chord does not stop at D, the top of the dominant chord, but goes on to the sixth octave of the fundamental root, shutting all in by the great peacemaker, F, in order to preserve the unity of the effect which this chord of chords produces. Before D. C. Ramsay showed that the scale of Harmonics extended to six octaves, it was by teachers of the science of music only extended to four. [Scientific Basis and Build of Music, page 110]

Hughes
THE above quotation from that beautiful work, The Pendulograph, shows how firmly its author believes that the Almighty Himself will be proved to be the key to His works; a belief frequently expressed also in a striking work, Nature and the Supernatural, by the Rev. J. W. Reynolds, M.A. For many years I have been endeavouring to resolve some of the intricacies of natural harmony with the same views. In the pursuit of knowledge it is eminently important to "avoid profane and vain babblings, and oppositions of science falsely so called" (I Tim. vi. 20), and to remember that facts gained from the study of God's marvellous works, that "ought to be had in remembrance" (Psa. cxi. 4, Prayer Book Version), and the truths of Holy Scripture, can never really oppose each other. Research shows us countless varieties developed by trinities springing from unities, and we find true scientific depth in the Scriptural phrases, where the whole earth is continually mentioned as worshipping the Almighty. This truth is beautifully expressed in the Te Deum Laudamus—"Holy, holy, holy, Lord God Almighty; heaven and earth are full of Thy glory." [Harmonies of Tones and Colours, Reflections on the Scheme1, page 43]

"Speak, ye who best can tell, ye sons of light,
Angels, for ye behold Him, and with songs
And choral symphonies, day without night,
Circle His throne rejoicing; ye in heaven,
On earth, join all ye creatures, to extol
Him first, Him last, Him midst, and without end." Milton—Paradise Lost, Book V. [Harmonies of Tones and Colours, Reflections on the Scheme2, page 44]

Jesus
In closing, I hope I have communicated to you how the well-being of Earth and Humans rest in your able hands. The hands need to be directed by the Heart and Head. If you choose the logical dictates of the head to direct your research and living, you reduce your existence to mental and material amassing. By including the Heart in your work and life you expand your possibilities for abundance and joy to nurture many more in a safer and more harmonious manner. Besides, consultation with your Heart and Spirit signals an invitation to your spiritual family to assist you in your quest. Now, isn’t that more appealing than thinking your way out of a challenge all alone? [Jesus, Good Heart]