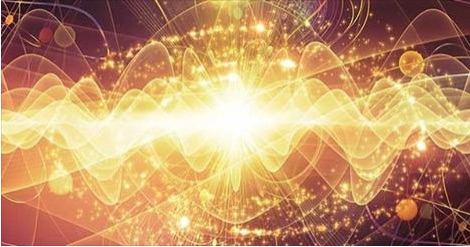 Celestial Forces - Opposite to Terrestrial Forces (matter) and originating from or in Outer Space and/or from or in celestial bodies such as the Sun and detectable on Earth. Also sometimes called etheric, God, Infinite, Spirit or tenuous Mind or that influence that originates away from Earth but has a profound impact upon things of the Earth. Associated to Walter Russell's Father Forces. An example would be solar rays, acteinic rays, Cosmic Rays, thermal solar rays, solar x-rays, magnetic portals or FTEs. Also associated with Space, Vacuum, dispersion and enharmonic.

"In using the word celestial, Keely refers to the air, in the same sense that terrestrial refers to the earth." [Bloomfield-Moore, More on Keelys Theories]

''"The power of attractive vibration of the solar forces is the great coincident towards which the terrestrial-magnetic-sympathetic flows (sympathetic flow) is diverted. This force is the celestial current that makes up the prime third of the triple association." [Bloomfield-Moore, Keely and His Discoveries] [See Light]

Keely stood, fourteen years ago, on the wrong side of the abyss which separates conjecture from fact. "The bridge of mist" he writes, "which spanned the chasm between the two is gradually resolving itself into one of granite, which the nations of the earth may safely traverse, stretching between the two centers; the celestial and terrestrial. The visible one is the one of mist: the invisible one is the one of granite." [from Keely and His Discoveries]

"In reply to the question, "What do you include in the polar forces?" Keely answers, "Magnetism, electricity, and gravital sympathy; each stream composed of three currents, or triune streams, which make up the governing conditions of the controlling medium of the universe: the infinite ninths that I am now endeavouring to graduate to a sympathetic mechanical combination, will, if I succeed, close my researches in sympathetic physics, and complete my system. These sympathetic streams from celestial spaces, percussing on the dense atmospheric environment of our earth, by their infinite velocities, wrest from their atomic confinement the latent energies which we call heat and light." Keely, Appendix II

Celestial Mind Force - "Luminiferous ether," Keely writes, "or celestial mind force, a compound interetheric element, is the substance of which everything visible is composed. It is the great sympathetic protoplastic element; life itself. Consequently, our physical organisms are composed of this element. This focalizing, or controlling media, of the physical, has its seat in the cerebral convolutions; from which sympathetic radiation emanates. This sympathetic outreach is mind flow proper, or will force; sympathetic polarization to produce action; sympathetic depolarization to neutralize it. Polar and depolar differentiation, resulting in motion. The true protoplastic element sympathetically permeates all forms and conditions of matter; having, for its attendants, gravity, electricity, and magnetism; the triple conditions born in itself. In fact, it is the soul of matter; the element from which all forms of motion receive their introductory impulse." [Keely and His Discoveries]

Celestial Radiation - "The substance of the brain is molecular. The mind which permeates the brain is interetheric in substance; it is the element by which the brain is impregnated. This element, when excited into action, controls all physical motion as long as the necessary sympathetic conditions are maintained. These conditions are no more immaterial in their character than are light and heat. Electricity, magnetism, gravity, and heat are latent in all aggregations of matter. They are not obtained from terrestrial influences. Celestial radiation is the true impregnating medium in all these forces. The brain is the high resonating receptacle where the sympathetic celestial acts, and where molecular and atomic motion are induced, as according to the intensification brought to bear upon it by radiation." [Keely, The Operation of the Vibratory Circuit]

Celestial Sympathetic Radiation - "Thermal radiation (and its negative, cold), the field of Prof. Dewar's researches, in Keely's system comes below the first atomic; while celestial sympathetic radiation comes as the fountain head; the compound interetheric, from which all aggregated matter springs, the governing force of all aggregations. If there were no sympathetic radiation from the great celestial center, space would be void of suspended, or floating, earthly and gaseous matter; consequently, planetary worlds would never have had their birth and growth.

"The suggestion of Prof. Dewar, that an increase in low temperatures might lead to the liquefying of hydrogen, is an admission that hydrogen may be a compound; for no simple can ever be condensed into a visible form. Keely's experimental researches have proved, to his own satisfaction, that all known gases are compounds, inasmuch as, when the intensity which accompanies sympathetic vibration, in his process, is brought to bear upon any gas, it submits to dissociation." [Bloomfield-Moore Keely and His Discoveries pg. 371]

"Electricity is the result of three differentiated sympathetic flows, combining the celestial and terrestrial flows by an order of assimilation negatively attractive in its character. It is one of Nature's efforts to restore attractive differentiation." [True Science]

"Labor to keep alive in your breast that little spark of celestial fire, called conscience." [George Washington, 1st U.S. President, Rules of Civility and Decent Behaviour In Company and Conversation (1732-1799)]

Are these a hint about the celestial forces? http://www.phschool.com/science/science_news/articles/energy_rebounds_earth.html