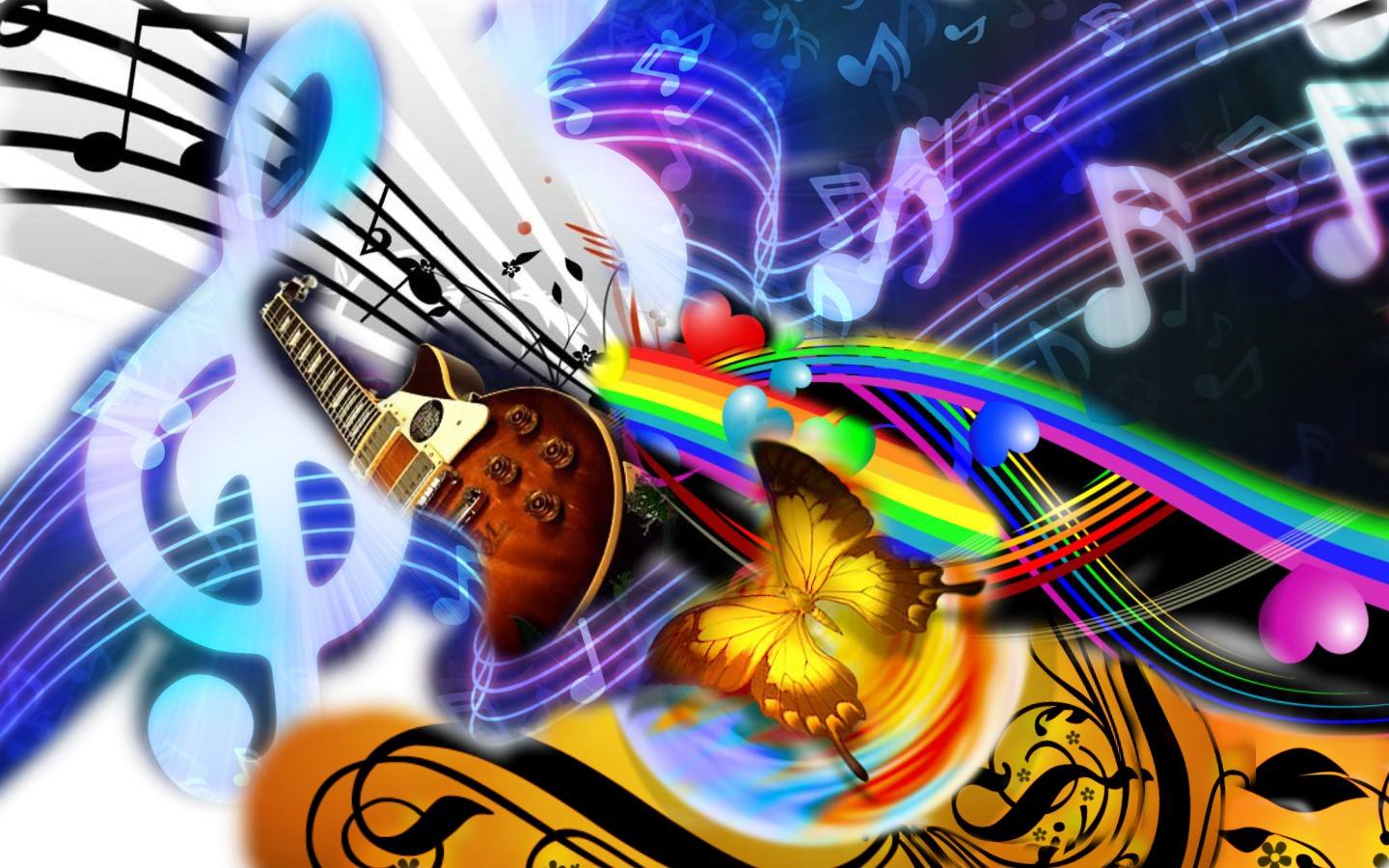 
Ramsay
"On December 24th, 1845, Mr. Ramsay announced to the people of Rothesay that he intended to open classes for the teaching of the science of music, commencing with the musical scale mathematically demonstrated as being the result of a System of vibrations which constitutes the basis of music, and accounts for every musical phenomenon of sound. Thus, by treating music in its origin, and viewing it not only in detached parts, but treating it as a whole, he would remove a multitude of unmeaning terms in common use, such as "imperfect" and "superfluous intervals," "discords," etc., etc., which tend to mystify and impede the learner's progress." [Scientific Basis and Build of Music, page 8]

"In science, where there is not a correct beginning, there is not end to the confusion which follows. Initial errors taint everything; and when they have become venerable with age, they are clung to by those who are not able to judge for themselves. Hitherto, writers on the science of music have not detected these fundamental errors, and have hindered the progress of the science by adding their own misconceptions." [Ramsay - A Wrong Method - Sedley Taylor's Scales, page 13]

"The science of music is the knowledge of how Nature proceeds in this beautiful region of creation in which so much of pleasure for mankind is found, and meet expression for the praise of God. "Music hath charms to soothe the savage beast;" how much more to gratify the civilized and educated ear; to stir with inspiration the prophetic gift; to comfort the troubled heart; and to draw forth the best feelings of our nature." [Scientific Basis and Build of Music, page 20]

"The ratio of 1:2 is essentially simple in its character, and any power of the prime 2 always produces a note like itself. It is a law in musical science that doubling or halving a number never changes its character. Whatever ratios and notes are produced from the first power, the square, and the cube of any number, the same kind of ratios and notes will be produced, in the genesis of octaves, by the doubles or halves of that number. On this account the prime 2 has unlimited powers in producing notes, and is used in the first place in getting a series of octaves from 1 as unity;" [Scientific Basis and Build of Music, page 26]

The Art of Music, which is music on its spiritual and inspirational side, has been carried to a wonderful perfection of development; while the Science of Music, which is music on its intellectual and logical side, has been left far behind. Works on the Science of Music have been a failure, not because music has not a scientific basis, but, and for the most part, because Mathematicians have dealt only with the law of Ratios, ignorant of other laws which play an important part in music's scientific basis and build. They have carried the law of ratios beyond its legitimate sphere, and so their conclusions do not represent the method of Nature truthfully. [Scientific Basis and Build of Music, page 33]

Either the one or the other must be at fault. Had the dictates of the mathematicians and the scale of mathematical intonation wholly ruled, the advent of the great masters would have been impossible. It was well said by one writing in The Choir - "Theory should be made from music, and not music from theory . . . the final judge of music is the Ear." The Great Masters are the exponent artists of what is true in the Science of Music, though it may differ from what has been taught by the merely mathematical-intonation advocates of music science. It should not be forgotten that the science of the mathematical theorists is one thing, and that of the composers is another. Schubert, Beethoven, Mozart, Haydin, Mendelssohn, and such inspired musicians, who walked in the liberty wherewith Nature made them free, are sufficient authority against the bondage of the one-law theorists who would tie us down to the mathematical command which comes from without, but who know nothing of the life within music which is the law unto itself.1
With twelve divisions in the Octave, each note is adapted to serve in any capacity, and does serve in every capacity by turns. It is quite clear that this cannot be said of the mathematically perfect notes. And this is where it is seen that what is perfect in mathematical ratios becomes imperfect in the Musical System. Indeed, the mathematical intonation does not give a boundary within which to constitute a System at all, but goes off into never-ending cycles.
In music, Nature begins by producing the Diatonic Octave of seven notes, derived by the mathematical ratios2; [Scientific Basis and Build of Music, page 34]

The twelve semitones being the practical fulfillment of the ratios when the life-force of the notes is considered, the great masters had the ratios in their most workable form invested in their key-boards, and this along with the musical ear was the sure word of prophecy to them.1 In their great works they have thus been enabled to develop the science of music, and to express it in the language of its art. [Scientific Basis and Build of Music, page 36]

This subtracting and adding process of Nature by which she so freely handles the notes is the way she gives us the materials of the Chromatic Scale, in which an entirely new series of chords with strikingly different effects, and with exceedingly interesting, subtle, and at the same time easy progressions, is put in possession of the practical musician. This new series of chords forms, in fact, materials for the Chromatic System, which D. C. Ramsay has discovered, and which he has elaborated, as his custom was, exhaustively - his last labor in the interests of music science and art. [Scientific Basis and Build of Music, page 48]

PLATE X.
THE GROWTH-LIKE CONTINUITY OF CHORDS AND KEYS.


Under the symbol of a music plant this plate gives us to realize the growth-like continuity of chords and scales. The roots of the three chords of a key are represented in F, C, and G of the key of C. The plant might be represented as a creeping stem, like the creepers of the strawberry, with its progressive roots struck into the earth; but it is better to show an upward stem with aerial roots, for such are the roots of the musical plant. The main stem of the plant has the three chords, F a C e G b D; that is, F a c, C e g, G b d, the subdominant, tonic, and dominant. The terminal chord, D f# a, is to show that the keys as well as the chords GROW out of each other. Include the side branches which terminate with the octave notes of the chords, read thus - F a c f, G e g e, G b d g, because a chord is felt to be most complete in its unity when thus shut in by the octave note of its root. This is the reason why the great three-times-three chord does not stop at D, the top of the dominant chord, but goes on to the sixth octave of the fundamental root, shutting all in by the great peacemaker, F, in order to preserve the unity of the effect which this chord of chords produces. Before D. C. Ramsay showed that the scale of Harmonics extended to six octaves, it was by teachers of the science of music only extended to four. [Scientific Basis and Build of Music, page 110]

When Ramsay gave a course of lectures in Glasgow, setting forth "What constitutes the Science of Music," his lecture-room was hung round with great diagrams illustrating in various ways his findings; an ocular demonstration was also given of the system of musical vibrations by his favorite illustration, the oscillations of the Silent Harp of Pendulums. A celebrated teacher of music in the city came to Mr. Ramsay's opening lecture, and at the close remained to examine the diagrams, and question the lecturer, especially on his extension of the harmonics to six octaves. Having seen and heard, this teacher went and shortly after published it without any acknowledgment of the true authorship; and it was afterwards republished in some of the Sol-Fa publications, the true source unconfessed; but our plagarist stopped short at C, the top of the tonic, instead of going on to F, the sixth octave of the root of all; the effect of this was to destroy the unity of the great chord. The 22 notes instead of 25, at which this teacher stopped, allowed him, indeed, to show the natural birthplace of B, which Ramsay had pointed, but it beheaded the great complex chord and destroyed its unity. If C, the root of the tonic, be made the highest note, having quite a different character from F, it pronounces its character, and mars the unity of the great chord. Similar diversity of effect is produced by cutting off only two notes of the 25 and stopping short at D, the top of the dominant; and also, though in a weaker degree, by cutting off only one note of the 25 and stopping at E, the middle of the tonic; this, too, disturbs the unity of the fundamental sound. [Scientific Basis and Build of Music, page 111]

Hughes
Of course, true Art cannot be opposed to Nature, although all the rules of the musician are not the facts of Nature. Music, pure, natural, and harmonical, in the true and evident sense of the term, is the division of any key-note, or starting-point, into its integral and ultimate parts, and the descending divisions will always answer to the ascending, having reference to a general whole. The essence and mystery in the development of harmonies consist in the fact that every key-note, or unit, is a nucleus including the past, the present, and the future, having in itself an inherent power, with a tendency to expand and contract. In the natural system, as each series rises, its contents expand and fall back to the original limit from any point ascending or descending; we cannot perceive finality in any ultimate; every tone is related to higher and lower tones, and must be a part of an organised whole. It is well known how deeply the late Sir John Herschel studied this subject; and it was his opinion that there was some principle in the science of music which had yet to be discovered.[Harmonies of Tones and Colours, The Method of Development or Creation of Harmonies2, page 16]