Shop the SVPBOOKSTORE - PSI/SVP Affiliate Program
Click here to sign up for our free monthly newsletter!
Subscribe to the SVPwiki Subscriber Login
GoFundMe - Preserving the Pond Science Institute
Like what you are finding on SVPwiki? Donate as little as $1 a month to further this work.
"My system, in every part and detail, both in the developing of this power and in every branch of its utilization, is based and founded on sympathetic vibration. In no other way would it be possible to awaken or develop this force, and equally impossible would it be to operate my engine upon any other principle." [Keely, Keely and His Discoveries]

"Keely announced in 1888 that he had proved the uselessness of building engines to employ the ether as a motive power, which could only be used as a medium for the power which he had discovered, namely a condition of sympathetic vibration associated both positively and negatively with the polar stream. The revolving globe was never created to be the "source of power" and Keely never affirmed that he could produce with it "an indefinite amount of horse power without current expense." [KEELYS SECRETS - 1888]

"He [Keely] announced in 1888 that he had discovered this "sympathetic vibration" to be associated both positively and negatively with the polar stream." [MASS VIBRATIONS]

(click to enlarge) "Time only becomes of importance when there occurs an impinging of conscious awareness between electrical charges resulting in bonding or repulsion, a progression of adjacencies and events taking place and purposes to be fulfilled." [Christ Returns - Speaks His Truth, Letter 5, page 22]

A sympathetic vibration is a vibration that is sympathetic (in tune or forming unisons) to/between two or more individualized objects' fundamentals and/or their harmonics. [see Bjerknes Effect, Law of Attraction]

"The driving of a mechanical or acoustical system at its resonant frequency by energy from an adjacent system vibrating at this same frequency. Increasing the dampening of a vibrating system will decrease the amplitude of its sympathetic vibration but at the same time widen the band of frequencies over which it will partake of sympathetic vibrations." [McGraw-Hill Dictionary of Science & Technical Terms 3rd ed) (underline added) see coupling] 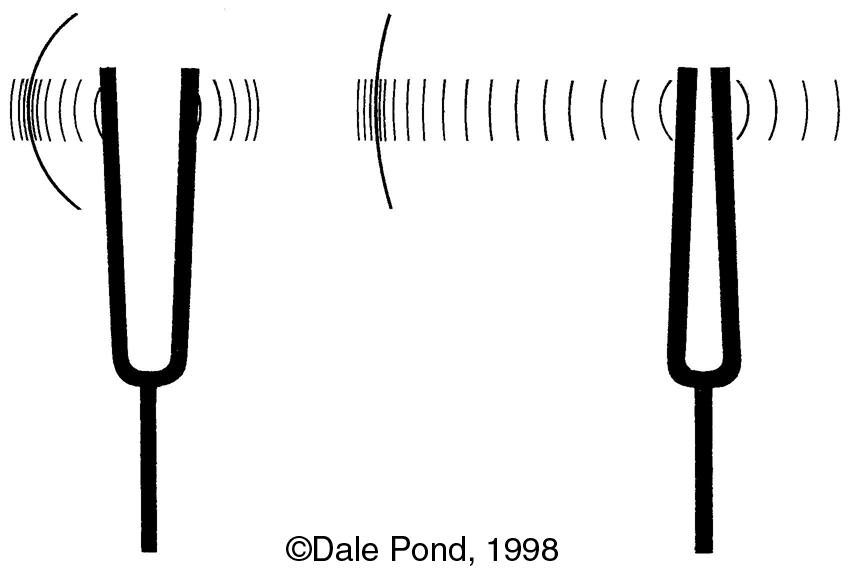 Figure 10.01 - Tuning Forks in Sympathy - As one vibrates so does the other.
(click to enlarge)

"To illustrate the necessity for accuracy, he states the best of our tuning forks, the actual standards of pitch, are usually about 1/40th from being concordant!" [GRADUATION OF SYMPATHETIC MACHINERY]

"Norman Lockyer deals with the law of sympathetic association as follows:- "While in the giving out of light we are dealing with molecular vibration taking place so energetically as to give rise to luminous radiation, absorption phenomena afford no evidence of this motion of the molecules when their vibrations are far less violent." . . ."The molecules are so apt to vibrate each in its own period that they will take up vibrations from light which is passing among them, provided always that the light thus passing among them contains the proper vibrations." . . . "Let us try to get a mental image of what goes on. There is an experiment in the world of sound which will help us." . . . "Take two large tuning-forks, mounted on sounding-boxes, and tuned to exact unison (entangled). One of the forks is set in active vibration by means of a fiddle-bow, and then brought near to the other one; the open mouths presented to each other. After a few moments, if the fork originally sounded is damped to stop its sound, it will be found that the other fork has taken up the vibration, and is sounding distinctly. If the two forks are not in unison, no amount of bowing of the one will have the slightest effect in producing sound from the other." [Clara Bloomfield-Moore, Keely and His Discoveries]

"Norman Lockyer, in his book "The Chemistry of the Sun" says that, in dealing with molecules one feels as if dealing with more a mental than physical attribute - "a sort of expression of free will on the part of the molecules." Also "The law that connects radiation with absorption and enables us to read the riddle set by the sun and stars, is then simply THE LAW OF SYMPATHETIC VIBRATION." Snell Manuscript

Keely "This is precisely what Keely has been doing in the construction of his system of sympathetic physics; so adverse is it in all its canons to those of mechanical physics. He has been unraveling the mysteries of sympathetic association, while searching to wrest from nature the secrets of planetary suspension, and what Norman Lockyer calls "the law of sympathetic vibration." [Keely and His Discoveries]

"By means of sympathetic vibrations transmitted through the Trexar, which is elsewhere mentioned as consisting of "German silver, etc." Keely elaborated a system of inducing great range of motion on metallic masses by sympathetic negative attraction, and by periodic vibratory change of their neutral centers instantly depolarized them, thus securing rotation." [TREXAR - Snell]

"Like poles do not repel each other, simply because there is a perfect sympathetic equation between them; the same in unlike poles. If a differentiation of 33 1/3 against 100 is established between them, whether like or unlike, they become attractive to each other. They become repellent after differentiating them, 66 2/3 of the one against 100 of the other, by sympathetic vibration." [Vibratory Physics - The Connecting Link between Mind and Matter]

"All moving bodies of visible matter produce heat as according to their velocity. The flow of gases only induces thermal reduction from molecular friction. By this term it must not be understood that the molecules actually come in contact, and rub against each other. There is no pressure, however great, that can cause molecular contact. The area of the volume of the molecule can be reduced by enormous pressure, and the tension thus brought to bear on their rotating envelopes induces heat. The heat thus induced is a positive proof of the wonderful velocity of the etheric envelope. If the molecules were dead - which is an infinite impossibility - to sympathetic vibration, and without a rotatory envelope if all the pressure possible to conceive were brought to bear upon them, it would not induce the slightest thermal change." [Vibratory Physics - The Connecting Link between Mind and Matter]

"Generator" was six feet long and corresponding wide and high, but failing to make the arrangement automatic upon which its mechanical usefulness depended, Keely found a new standard for research in an experiment often made by himself, but never before successful, which resulted in invention in 1885 of the "Liberator" not so large as a lady's small round worktable. He made astonishing progress with this beautiful piece of vibratory mechanism, so as to combine the production of the power, operation of the cannon, his engine and his disintegrator in a machine no larger than a dinner plate and only three or four inches in thickness. This was completed in 1886, up to which time his experiments were upon the principle of sympathetic vibration, for liberating a vapory or etheric product. His later experiments were another modification of vibratory sympathy, and the size of the instrument used now, 1888, for the same purposes is no larger than an old fashioned silver watch. A pressure of 30,000 lbs. to the square inch in raising of the lever, and all other operations, without one ounce of pressure in any part of the apparatus, are effected by the ether. The force is transmitted along a wire of platinum and silver. Keely has named this new modification "Negative Attraction." The two forms of force with which he has experimented and the attendant phenomena, are exactly antithetical. It is by changing the vibrations of the cosmic ether that Keely releases this energy. Dr. Dupuy, of New York, experimented along these lines for many years, but without success to the degree Keely had." [KEELYS SECRETS - 1888] [underline added]

A Dictionary of Musical Terms "Sounds are "communicated" when they are merely conveyed from one sounding body to another, and this can take place in a noise as well as a musical sound. Sounds are "excited" under two circumstances: when a body which is sounding and that to be excited have the same note and the vibration of one produces sympathetic vibration of the other, the bodies are mutually called "reciprocating", while of the vibration of one produces its harmonics in the other, the latter is said, with regard to the exciting body, to be "resonant". According to Helmholtz, "timbre" or "quality" depends on definite combinations or certain secondary sounds or harmonics with a primary or fundamental sound, and such combinations he calls "sound colours"." [A Dictionary of Musical Terms; Novello, Ewer and Co., London, pre-1900]