"There is a celestial mind force, a great sympathetic force which is life itself, of which everything is composed." [Keely] 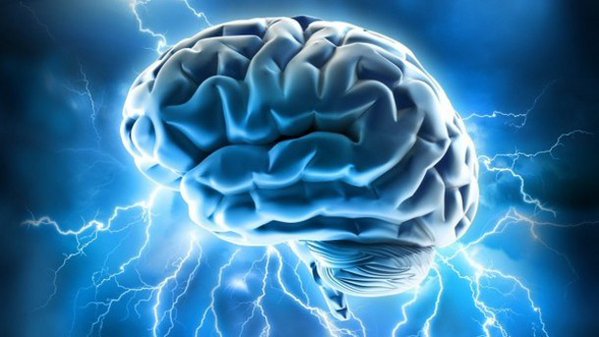 "All motion is thought, and all force is mind force." [Keely, Keely and His Discoveries, pg 252]

Keely
"All conditions of dispersion and focalization are accompanied by the "celestial mind force" acting upon "terrestrial matter" (corresponding to the mind force acting on the brain, which is only its molecular instrument.) This force is the first seal of the Book of Vibrational Philosophy the first stepping stone toward solution of the Source of Life." [Snell Manuscript]

Newton, who scoffed at Epicurus's idea that "gravitation is essential and inherent in matter," asserted that gravity must be caused by an agent acting, constantly, according to certain laws. Heat, gravity, light, electricity, magnetism, chemical affinities, are all different phases of the primal force discovered by Keely, and all these forces, it is said, can be obtained from a single ray of sunlight. "The evidence of unity or oneness even between the physical, vital, mental, and spiritual is seen in the light of this law of correlation," says J. J. Smith. "A great portion of our muscles contract and relax in obedience to our wills, thereby proving that the mental force can be, and is, in every such instance actually converted into the muscular or the physical." Keely demonstrates the truth of this assertion, claiming that "all forces are indestructible, immaterial, and homogeneous entities, having their origin and unity in one great intelligent personal will force." [The Key to the Problems. - Keelys Secrets]

"Disturbance of equilibrium is the prime mover, aggregator and disperser of all forces that exist in nature. The force of the mind on matter is a grand illustration of the power of the finer over the crude, of the etheric over the molecular." [Keely, True Science]

"The evolution of a volition, the infinite exciter, arouses the latent energy of the physical organism to do its work; differential orders of brain-force acting against each other under dual conditions. If there were no latent energy to arouse sympathetically, there would be no action in the physical frame; as all force is Will Force." [Keely and His Discoveries]

"Like fire, which is a spiritual order of vibration, spirit is latent in all matter. One might as well try to operate a steam engine without its boiler as to give motion to matter against the conditions imposed by nature, or to propose a new method of controlling the action of our physical organisms (other than through the sympathetic transfer of our mental forces) as an improvement on the one instituted by the Almighty." [Newton of the Mind]

"It is the most intricate of problems to treat philosophically; isolated as it is from all approach by any of the prescribed rules in "the orthodox scheme of physics." It turns upon the interchangeable subdivision of interatomic acting agency, or the force of the mind." [Vibratory Physics - The Connecting Link between Mind and Matter]

"The audible has been conquered in my instruments to that extent which brings me into sympathetic contact with the inaudible, the vitalized conditions of which as regards sympathetic union with the terrestrial are the pure and only essentials necessary towards establishing the sensitive link, between the instrument and terrestrial chord-masses, in order to run sympathetic machinery. But there is still before me a vast region to be explored before the keystone of this sympathetic arch is set in position to carry the high order of sympathetic transfer that I aim at. I have every reason to hope that when I have mastered these mechanical difficulties I shall be able to control this most subtle of Nature's forces. When this is done, the commercial engine will soon follow. There is no truer nor quicker way to reach that end than the one I am now pursuing. My obligations on this line once fulfilled, I shall be at liberty to turn my attention to the consideration of the mental forces associated with the physical, and in fact the solution of the mechanical problem is one and the same in principle, as is the physical and mental. When one is solved all is solved. The convolutions which exist in the cerebral field are entirely governed by the sympathetic conditions that surround them." [Keely, Vibratory Physics - The Connecting Link between Mind and Matter]

Mind, The One Universal Substance

Mind Force is the ultimate non-observable scalar potential from which all observable matter comes. Undifferentiated Mind (Mind of God) is therefore the First Cause of all that is.

"The sympathetic conditions that we call mind are no more immaterial in their character than light or electricity. The substance of the brain is molecular, while the substance of the mind that permeates the brain is interetheric and is the element by which the brain is impregnated, exciting it into action and controlling physical motion. In order to trace the successive triple impulses, taking the introductory one of sympathetic negative outreach, towards the cerebral neutrals, which awaken the latent element to action, we find that mind may be considered a specific order of interatomic motion sympathetically influenced by the celestial flow and that it becomes when thus excited by this medium a part and parcel of the celestial itself.

The brain is not a laboratory. It is as static as the head of the positive negative attractor, until influenced by certain orders of vibration, when it reveals the true character of the Outreach so induced. The brain is the high resonating receptacle where the sympathetic celestial acts, and where molecular and atomic motion exhibits itself, as according to the intensification brought to bear upon it by the celestial mind flow.

The question arises, Why is this condition of the (luminous) ether always under a state of luminosity of an especial order? Its characteristics are such, from its infinite tenuity and the sympathetic activity with which it is impregnated, that it possesses an order of vibratory, oscillatory velocity, which causes it to evolve its own luminosity. This celestial, latent power, that induces luminosity in this medium, is the same that registers in all aggregated forms of matter, visible and invisible. It is held in the corpuscular embrace until liberated by a compound vibratory negative medium.

What does this activity represent, by which luminosity is induced in the high etheric realm, if not to indicate that even this order of ether is bounded by a greater region still beyond? The activity of the corpuscles represents its outflow from the luminiferous track towards the molecular centers of neutrality, revealing the connecting link between mind and matter. These conditions of luminosity have no thermal forces associated with them, although, paradoxically, all thermal conditions emanate from that source. The tenuity of this element accounts for it. It is when the streams come in conflict with crude matter that heat is evolved from its latent state and a different order of light from the etheric luminous is originated, the sun being the intermediate transmitter.

All planets and systems are sympathetic intermediates, the whole of one system, connected in sympathy for each other, the brain of Deity." Keely, [Snell Manuscript]