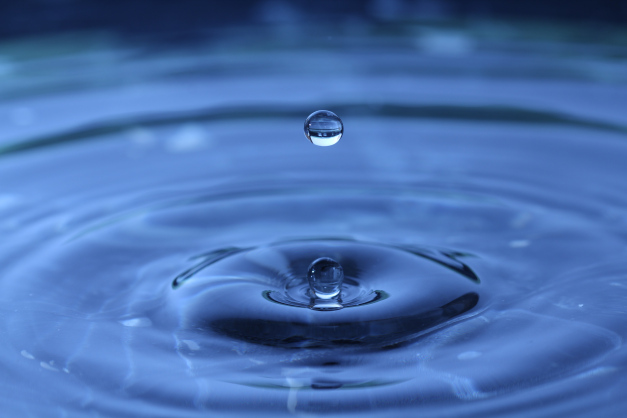 (click to enlarge)
"Water is the driving force of all Nature." [Leonardo Da Vinci]


Keely
"If the latent force that exists in a pound of water could be sympathetically evolved or liberated up to the seventh subdivision or compound interetheric, and could be stored free of rotation, it would be in my estimation sufficient to run the power of the world for a century." [Keely, Vibratory Physics - True Science see also Etheric Vapor]

Keely's difficulties with his old generator of etheric force grew out of the fact, in part, that the vaporic power produced was so humid that he could not, in utilizing it, obtain its theoretical value in work. He has overcome this entirely by dispensing with water and has attained a success beyond that which he originally anticipated when he abandoned his original line of experiment. (He was obliged to return soon to his former method, for he found a difficulty even more obstinate to contend with.) [Snell Manuscript - The Book, page 3]

Russell
The attraction of gravitation and the repulsion of radiation is nature's simple method of distribution and redistribution of all masses, so that each mass will find its proper position. [See Universal Heart Beat]

The Cycle of Water
"Water of earth [liquid] is compressed into small volume while water of the heavens [etheric vapor] is expanded thousands of time in volume. Each condition is the opposite half of the cycle of water.
Water [etheric vapor] vapor is water turned inside-out. It again becomes [liquid] water by turning outside-in. Expansion-contraction sequences result from this process." [Walter Russell, The Secret of Light, pages 162-163]

Viktor Schauberger
"The Upholder of the Cycles which supports the whole of Life, is water. In every drop of water dwells the Godhead, whom we all serve; there also dwells Life, the Soul of the "First" substance - water - whose boundaries and banks are the capillaries that guide it and in which it circulates."

"More energy is encapsulated in every drop of good spring water than an average-sized power station is presently able to produce." [Viktor Schauberger]


Water Dynamics
Water passes on the "impressions" it has received wherever it is absorbed by the earth and the plants, by the animals and human . In moving water the earthly world allows the ever changing life in the universe of the stars to flow into the course of its own life. Cosmic events and water are linked with the stream of time in the ebb and flow of the tides - in high tide and low tide. The connection between the course of the moon and the tides is well known. On a smaller scale, too, the rhythms of the moon pulsate in the water. In olden times these rhythms were taken into account when wells were dug. This was usually done only during certain phases of the moon and when it was in certain positions in the zodiac. Even within the earth, water rises and falls with the course of the moon. When the moon is in certain positions, water is soon reached, but it also dries up again more easily. At other times it is necessary to dig deeper in order to reach the water, but it then remains constant. Recent observations in deserted and flooded mines show how the subterranean water reservoirs are influenced by the rhythms of the moon. Traditional customs among lumbermen, to the effect that the rivers spread out at full moon and burrow in the depths at new moon, show that the forms of movement within the water obviously have a particular connection with the course of the moon and its phases. Accordingly, in naturally flowing rivers, it is difficult to float the logs at full moon, as they are washed up on banks, whereas at new moon they are drawn into the middle of the water way and are thus easier to control. It is gradually becoming evident that observations like this from everyday experience in the past are not to be put aside lightly.

In flowing streams, millions of vortices form when water breaks past stones, sticks and other obstructions. These vortex patterns act as powerful resonant structures as well as energizers and electrifiers for water and colloids. These vortex flows are one of the secrets of the great sensitivity of water to the forces of the universe. The speed of movement of water in a vortex has a rhythm of its own, it extends and contracts in a rhythmic pulsation. The vortex is really composed of a series of flowing surfaces (like the ropes) all bound together as if by an invisible hand. These flowing surfaces move at different speeds, slow on the outside and fast on the inside. The speed of movement of water in a vortex multiplied by the radius from the center is a constant. This means that the velocity at the center of the vortex is theoretically infinite. (Gleanings from "The Structured Water")

Water as Supercritical Fluid
The fourth state of water, that of a supercritical fluid, is much less common than the other three (solid, liquid and gas) and only rarely occurs in nature, in extremely uninhabitable conditions. When water achieves a specific critical temperature and a specific critical pressure (647K and 22.064MPa), liquid and gas phase merge to one homogeneous fluid phase, with properties of both gas and liquid. One example of naturally occurring supercritical water is in the hottest parts of deep water hydrothermal vents, in which water is heated to the critical temperature by scalding volcanic plumes and achieves the critical pressure because of the crushing weight of the ocean at the extreme depths at which the vents are located. Additionally, anywhere there is volcanic activity below a depth of 2.25 km (1.4 miles) can be expected to have water in the supercritical phase. (wikipedia) [22.064 MPa / ((1 kg * gravity on earth) per liter) = 2.25 km]

"Water is as a womb where Father meets Mother Forces where Life is brought into materiality yet remains connected to Spirit or God forces. We were conceived and nurtured in womb water being as a remembrance to which we feel sympathetic (at home).
"...water combined of elements is the mother of creation." [Cayce (2533-8)]

Cayce said something about water being the Source of Life. I never truly understood that quote. Now, though, knowing water is an highly elastic neutral medium, Dr. Masaru Emoto's work and having had a few personal experiences it is easy to see how dynamic water is to our mostly water bodies, foods and lives. The liquid water we wash and bath in, the vaporous water we breathe in and out all day and the crystallized water we cool our drinks, ski and skate upon all speak to the universality of service and usage water is for us. I get your drift when you say you are emotional before water. [Dale Pond, October 3, 2019]