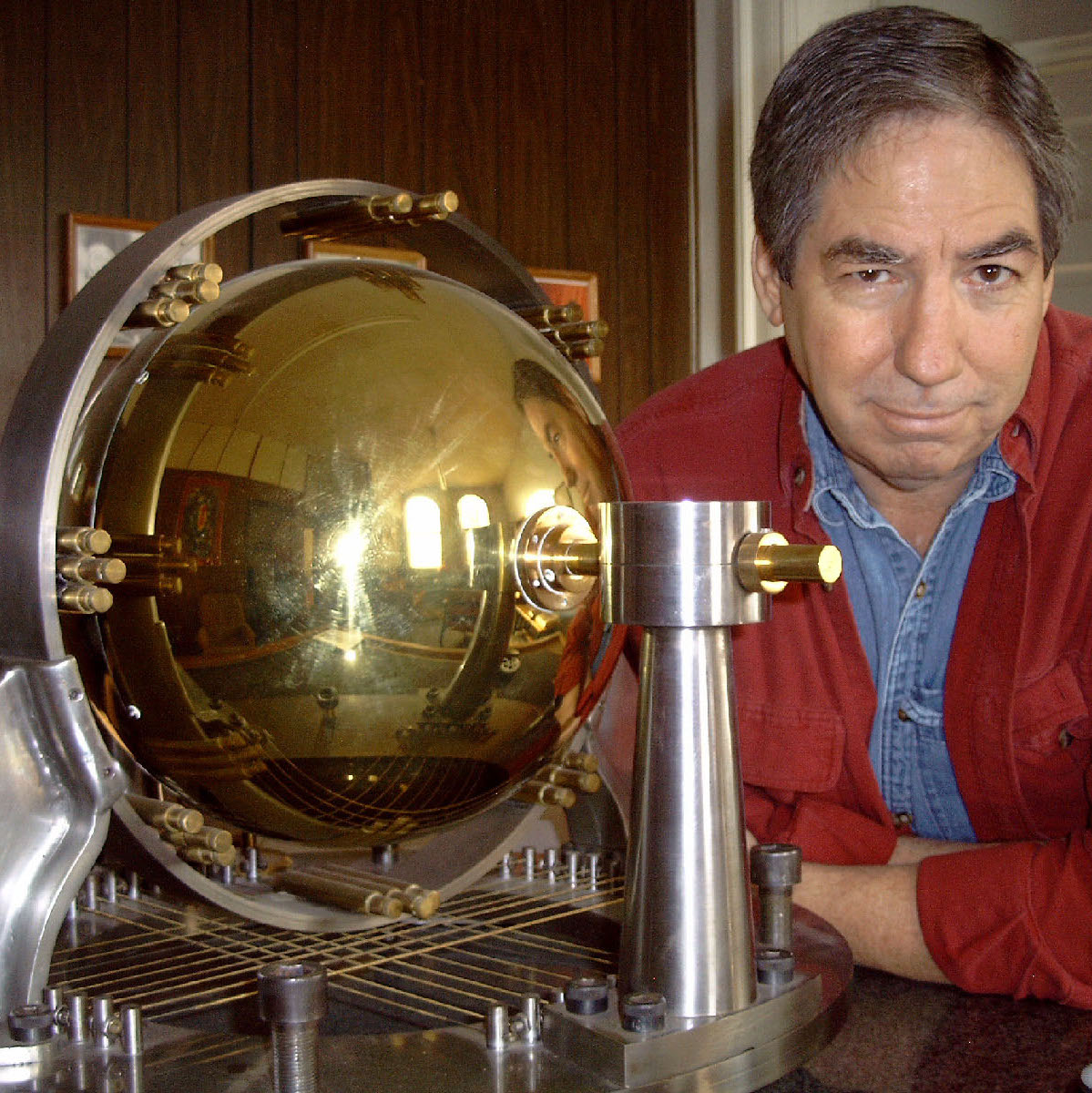 La Junta, Colorado 81050
"Those who are able to see beyond the shadows and the lies of their culture - will never be understood, let alone believed, by the masses." - Plato

"The one who follows the crowd will usually get no further than the crowd. The one who walks alone is likely to find himself in places no one has ever been." Albert Einstein

Dale Pond was born on February 6,1950 in Washington, D.C. He evidenced a natural affinity for science when he memorized the periodic table at age ten. His writings recount a lifetime of psychic events, prophetic dreams and feelings of divine protection. Largely self-taught, he pursued an interest in Free Energy Technology. While foraging through the Edgar Cayce Library at Virginia Beach, Pond discovered the forgotten works of the 19th century inventor John W. Keely. He resolved to reconstruct the lost technology of the visionary savant, and in 1995, Pond built the first Dynasphere the world had seen since Keely created the prototype a century earlier. The device unexpectedly showed consciousness! Pond claims this was only possible with the active participation of John Keely, Walter Russell, Rudolf Steiner and others through the channeled information provided by psychic intuitive Dawn Stranges. He is the founder of The Pond Science Institute in La Junta, Colorado, dedicated to the study and application of Sympathetic Vibratory Physics. Pond has stated, "Mind Force and Love are real forces and are engineerable and applicable through technology and psychology (personal development)."

Why am I doing all this work?

Portion of a reading from Keely by Dawn Stranges to Dale Pond on March 2, 1995.

"YOU ARE NOT ENCOURAGED TO "PROVE" ANYTHING. YOUR JOB IS TO CREATE PUZZLES FOR OTHERS TO FIGURE OUT. THE ONE WHO POSES QUESTIONS IS NOT A TARGET, UNLESS THEY DIRECT THE CHAOS WHICH WILL ENSUE FROM THE CONUNDRA THAT RESULT. THE DEVICES REPRESENT TO YOUR SOUL THE TOOLS TO INTRODUCE CHANGED CONSCIOUSNESS TO THOSE WHO NEED IT MOST. THE ONES WHO ACKNOWLEDGE THE OBVIOUS IMPLICATIONS OF YOUR DEVICES WILL EITHER REJECT THEM OR TAKE THEM FORWARD. NO ONE WITH UNPURE INCENTIVE CAN HARNESS THE ETHERIC FORCES YOU WILL INTRODUCE. This is key to remember. It is a failsafe built in, this time. Several times on earth, and countless times in the universe the latent powers of the universe have been unleashed to the degradation of the society which developed them. It is not to be thus at this juncture." Keely

Dale Pond is a renaissance man with a diversified yet general background in chemistry, physics, mechanical engineering, machinist, metal working and tool making, computers, mathematics, acoustics, hydrodynamics, geometry, music, and common law (and some other stuff too!).

Written, edited and published The Journal of Sympathetic Vibratory Physics from 1985-1992 - 60 monthly issues.

Reestablished the field of Sympathetic Vibratory Physics: Sympathetic Vibratory Physics is a scientific system of natural laws pioneered by John Ernst Worrell Keely (1827-1898) in the last quarter of the nineteenth century. Keely's ideas, and his machinery employing them, were so far ahead of his time that those of the nineteenth century scientific community were unable to incorporate Mr. Keely's concepts into their model of the natural world. Lost from public view for over a century these concepts are being reintroduced by Mr. Dale Pond.

Introduced new concepts of physics and science into the New Energy Science community.

All this effort (and a whole lot more not mentioned) has been to uncover a Broader Truth of and for Humankind and Nature and then bring this Greater Awareness to those similarly interested. To some extent this has been accomplished and is continuing with and through the Musical Dynasphere project, the Dynaspheric Force, volume I, several new books in various stages of completion, the SVP Cosmology Project, and the SVPvril web site. There really is a bridge or merging of what some call science (but not technology) and others call spirituality (but not religion). In essence they each in their own way are a search for greater understanding.

"I met Mr. Dale Pond almost 30 years ago when I was a salesperson selling agricultural equipment in my early twenties. We go back far enough to where I believe I can give him the best recommendation a person could receive. Whether the recommendation is for business, professionalism, ethics, perseverance, patience or self-sacrifice, Dale has already given more to humankind then we could ever return. Dale may at times appear a little quiet and eccentric in his personal manner, but he can easily be forgiven when you begin to understand the gifts of knowledge and understanding of vibratory physics that his life's work brings to the table. Even when there was much doubt, many bill collectors and weakness of spirit, Dale's internal fortitude and uncommon belief in what he was meant to do, never faulted. With his warm heart, simple charm and fabulous gifts to humanity, I am proud to know him and call him my friend. This recommendation was not solicited in any way." MT, 11/26/11 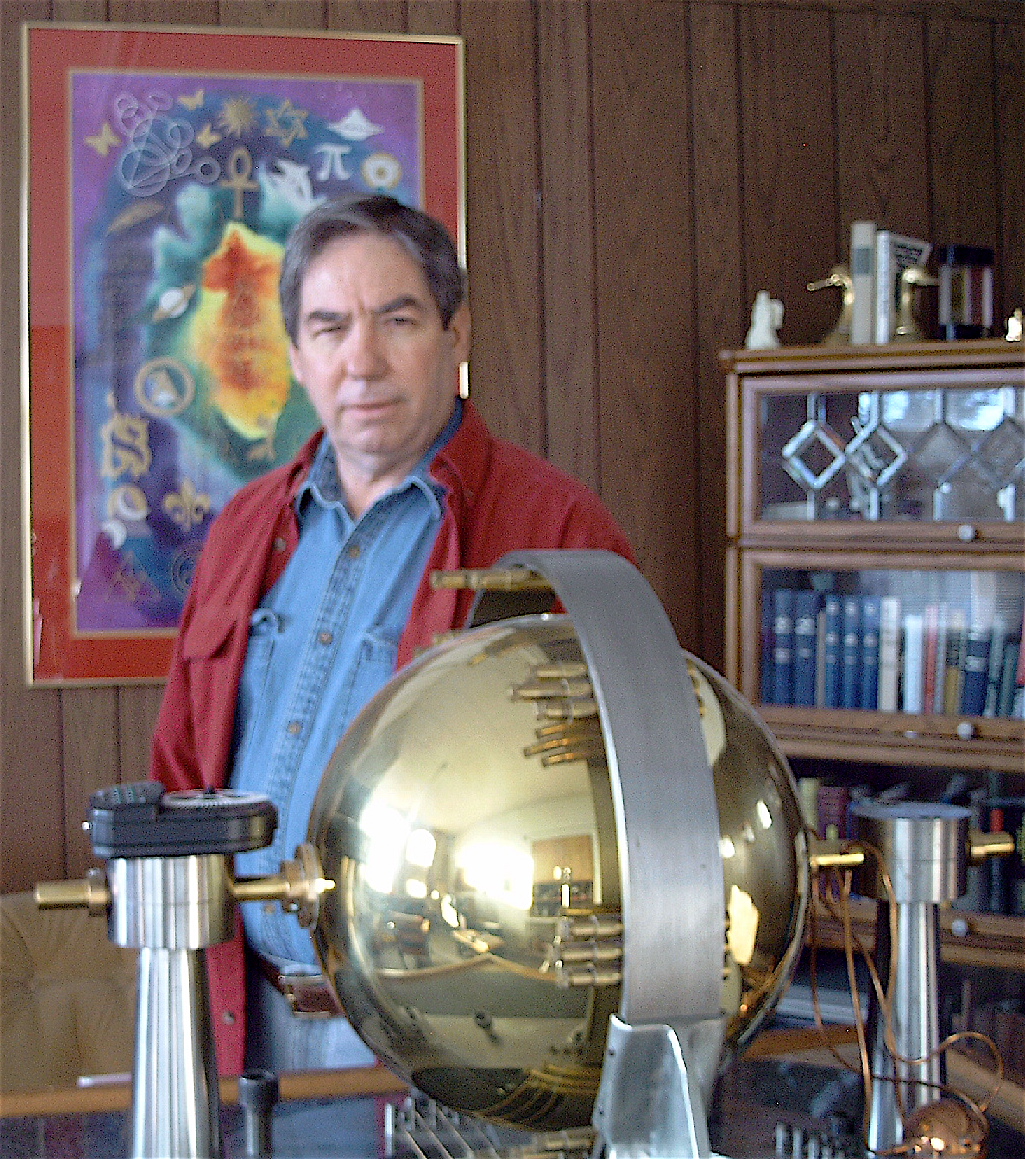 Dale Pond talks about the five dynaspheres, what they are, what they do and what they mean for humanity. Interview and video by Matt Presti and Robert Otey.

Return to Who We Are