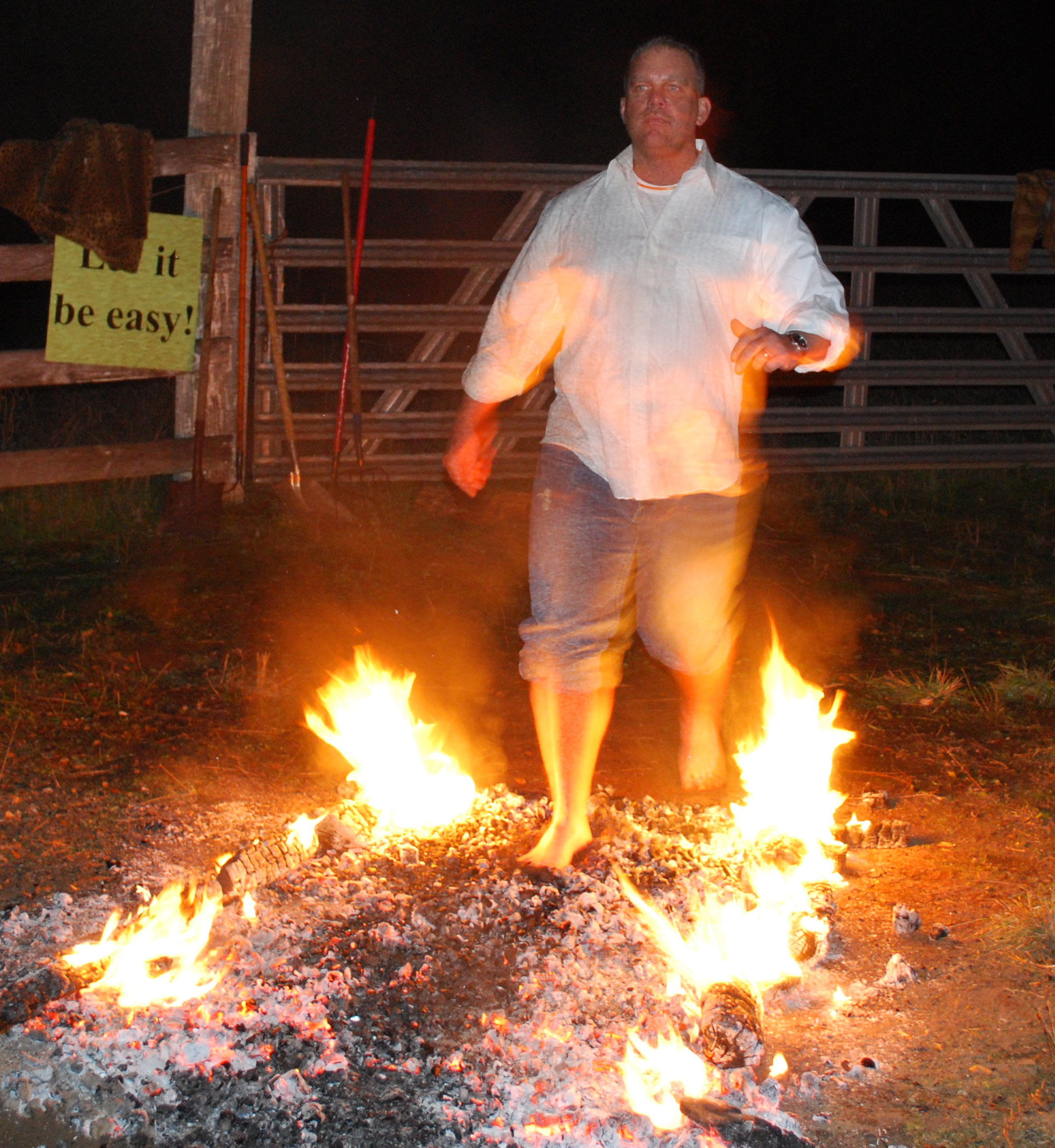 (click to enlarge) Firewalking is the act of walking barefoot over a bed of hot embers or stones.

Firewalking has been practiced by many people and cultures in all parts of the world, with the earliest known reference dating back to Iron Age India - c. 1200 BCE. It is often used as a rite of passage, as a test of an individual's strength and courage, or in religion as a test of one's faith. Firewalking became popular in the twentieth century when author Tolly Burkan began giving public classes throughout the United States and Europe in an effort to demonstrate that the practice was not paranormal.

Today, it is often used in corporate and team-building seminars and self-help workshops as a confidence-building exercise. Firewalking is frequently held to imply that the feat requires the aid of a supernatural force, strong faith, or on an individual's ability to focus on "mind over matter". Modern physics has [seemingly] explained the phenomenon, concluding that the amount of time the foot is in contact with the ground is not enough to induce a burn, combined with the fact that embers are not good conductors of heat. Wkipedia, Fire Walking

When I fire walked, in 1999, there was no sensation of heat either on my clothes or body/feet while being near the glowing hot coals before walking on them was too hot to bear. This implies a different consciousness than simple sense awareness which is nearly always misleading. Walking on the glowing coals felt like walking on popcorn. Which brings up the question are the coals really hot or are they not? Dale Pond