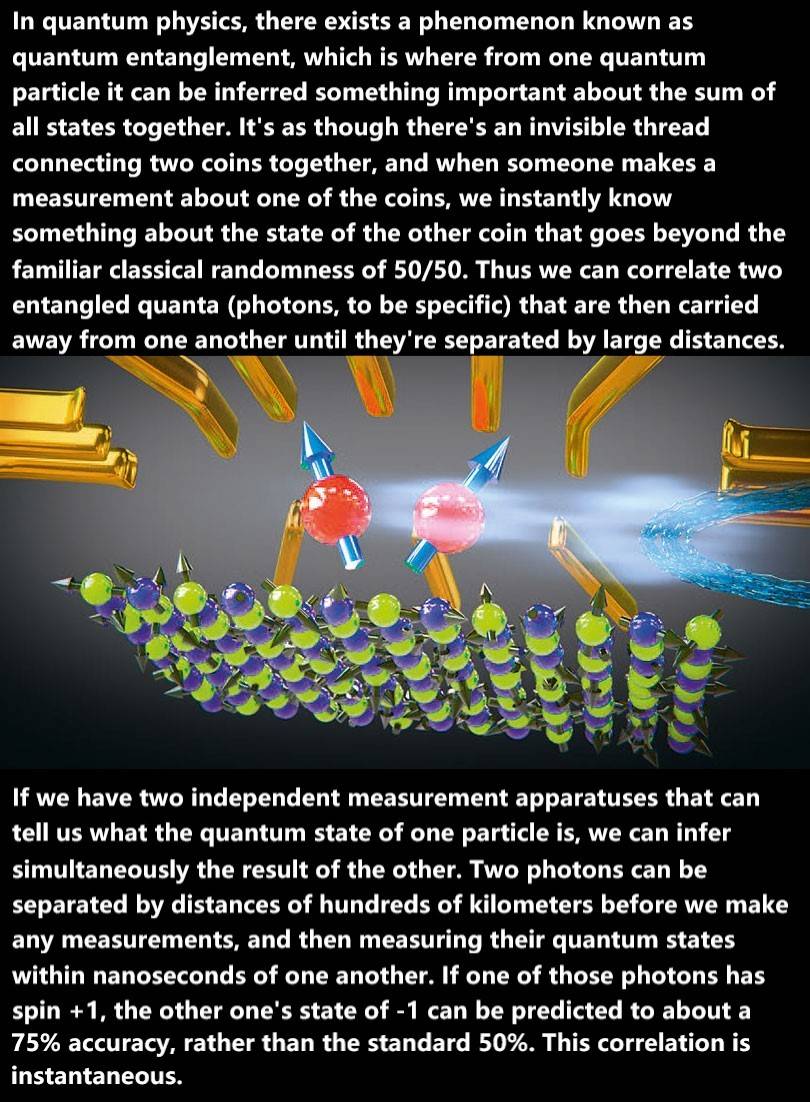 Quantum entanglement is a quantum mechanical phenomenon in which the quantum states of two or more objects have to be described with reference to each other, even though the individual objects may be spatially separated. This leads to correlations between observable physical properties of the systems. For example, it is possible to prepare two particles in a single quantum state such that when one is observed to be spin-up, the other one will always be observed to be spin-down and vice versa, this despite the fact that it is impossible to predict, according to quantum mechanics, which set of measurements will be observed. As a result, measurements performed on one system seem to be instantaneously influencing other systems entangled with it. But quantum entanglement does not enable the transmission of classical information faster than the speed of light). from www.answers.com http://www.answers.com/topic/quantum-entanglement?cat=technology


"My system, in every part and detail, both in the developing of this power and in every branch of its utilization, is based and founded on sympathetic vibration. In no other way would it be possible to awaken or develop this force, and equally impossible would it be to operate my engine upon any other principle." Keely, Keely and His Discoveries 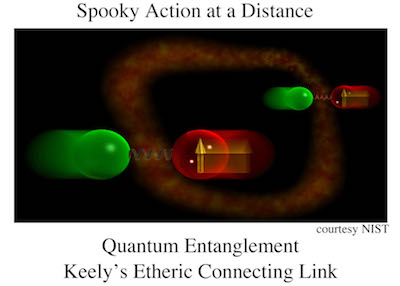 A team of Chinese physicists have clocked the speed of spooky action at a distance - the seemingly instantaneous interaction between entangled quantum particles - at more than four orders of magnitude faster than light. Their equipment and methodology doesn't allow for an exact speed, but four orders of magnitude puts the figure at around 3 trillion meters per second.

Spooky action at a distance was a term coined by Einstein to describe how entangled quantum particles seem to interact with each other instantaneously, over any distance, breaking the speed of light and thus relativity. As of our current understanding of quantum mechanics, though, it is impossible to send data using quantum entanglement, preserving the theory of relativity. A lot of work is being done in this area, though, and some physicists believe that faster-than-light communication might be possible with some clever manipulation of entangled particles.

Now, thanks to these Chinese physicists - the same ones who broke the quantum teleportation distance record last year - we know that spooky action at a distance has a lower bound of four orders of magnitude faster than light, or around 3 trillion meters per second. We say "at least," because the physicists do not rule out that spooky action is actually instantaneous - but their testing equipment and methodology simply doesn't allow them to get any more accurate. Chinese physicists measure speed of Einstein's "spooky action at a distance": At least 10,000 times faster than light 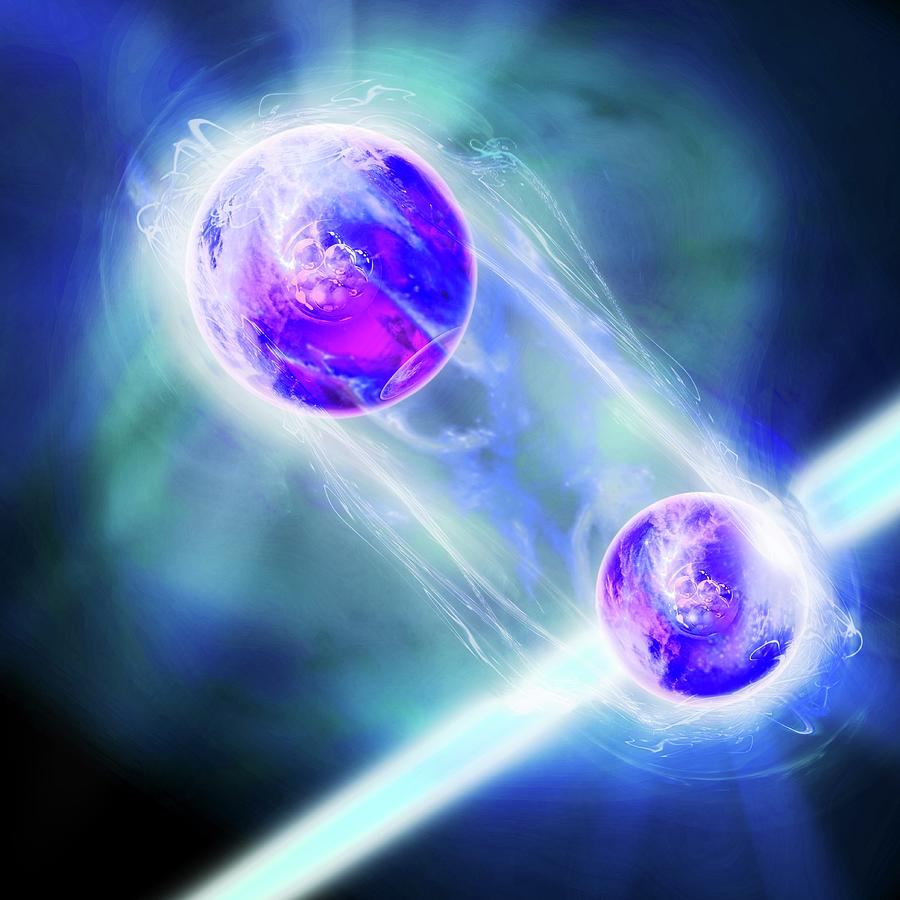 "....in systems having large numbers of particles, a pair of tiny subsystems tend not to be entangled with each other, but a pair of large subsystems tend to be entangled. If you consider two subsystems each having fewer than about one-fifth of the total number of particles in the overall system, the subsystems are almost certainly not entangled with each other. If the two subsystems are larger than one-fifth of the original system, they are almost certainly entangled. The abrupt change in entanglement behavior is characteristic of the geometry of high-dimensional spaces." http://www.gizmag.com/quantum-entanglement-ubiquitous/27836/