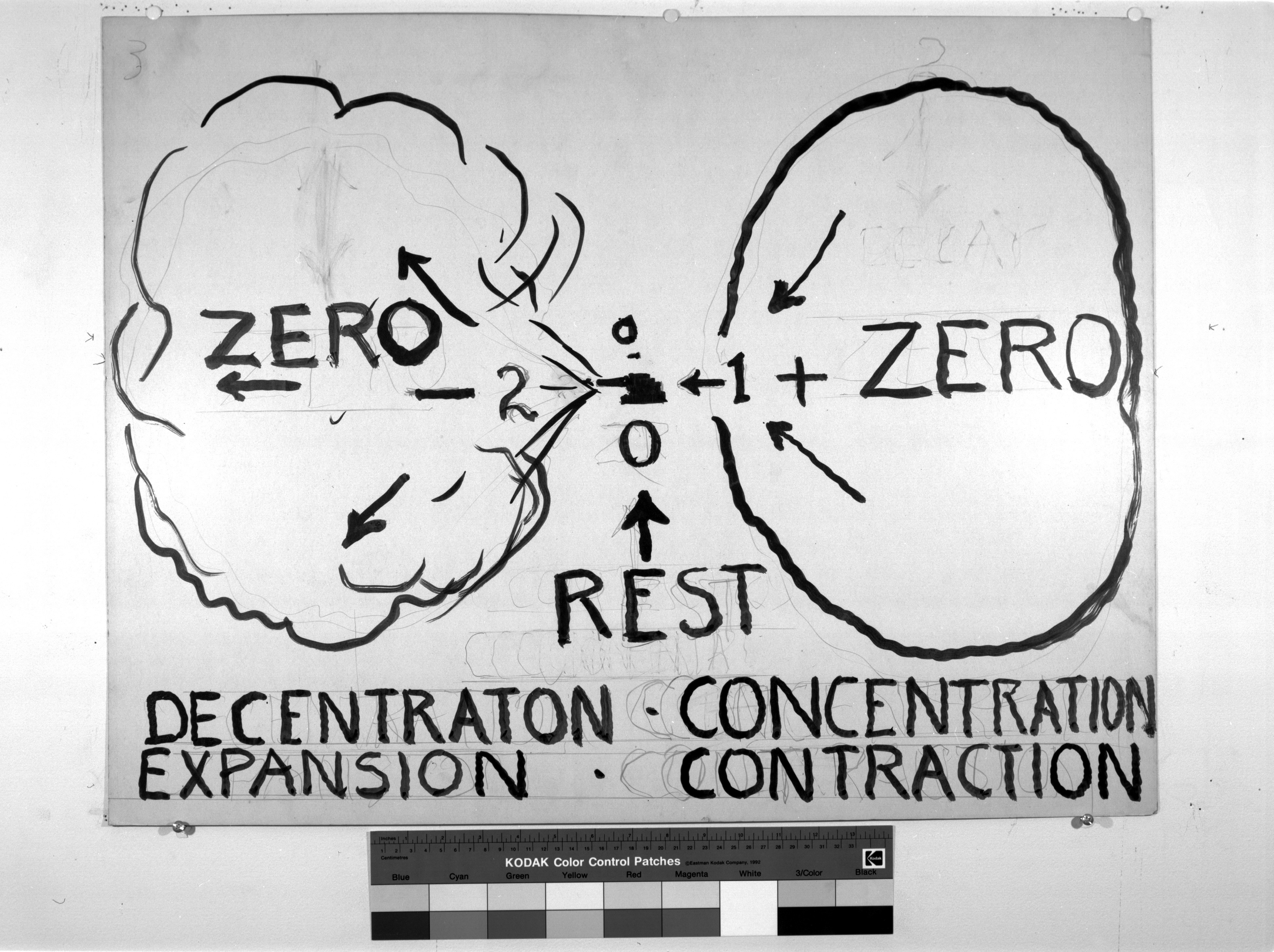 "Nature is ever at work building and pulling down, creating and destroying, keeping everything whirling and flowing, allowing no rest but in rhythmical motion, chasing everything in endless song out of one beautiful form into another." [John Muir (1838-1914) Naturalist and explorer]

Keely
"The movements of elastic elements are rhythmical. This is the keynote of Keely's researches." The Snell Manuscript [see RHYTHM - Snell, Law of Assimilation and Law of Sympathetic Association]

"The rhythmic relations in which force acts are everywhere, under all conditions, and at all times, the same. They are found experimentally to be universally expressible by the mathematical relations of thirds. [14.35.1 - Keely 3 6 and 9, Modes of Vibration - Annotated, KEELYS PHYSICAL PHILOSOPHY - Snell]

"Taking for the keynote of his experiments, in applying intermolecular vapor to the running of an engine, that all the movements of elastic elements are rhythmical." [Chapter 6 of Keely and His Discoveries]

"The eternally conscious entity - call it by whatever name we please - moves in cycles as eternal and infinite as itself; it oscillates and vibrates perpetually... " Keely, Dashed Against the Rock (underline added) [see I Am, 14.30 - Effect of Preponderance and 14.31 - Preponderance Russell]

Motion, Keely
"Macvicar foreshadowed the teachings of this new philosophy when he wrote, "All motion in the universe is rhythmical. This is seen in the forward and backward movement of the pendulum, the ebb and the flow of the tides, the succession of day and night, the systolic and diasystolic action of the heart, and in the inspiration and expiration of the lungs. Our breathing is a double motion of the universal ether, an active and a reactive movement. This androgyne principle, with its dual motion, is the breath of God in man. The writings of the ancients teem with these ideas, which have been handed down to us from generation to generation, and are now flashing their light, like torches in the darkness, upon mysteries too long regarded as "lying outside the domain of physical science." [Bloomfield-Moore, see Father-Mother Principle, Neutral Center]

"Disturbance of equilibrium" (entropy) and "sympathetic equation" (syntropy) are the dual powers by means of which all forms of motion and of terrestrial life are governed. These two dual forces are in turn moved and regulated by electricity and magnetism." [Sympathetic Stream]


Russell
"The Law of Love is rhythmic balanced interchange between all things. Upon the law of balanced interchange, this entire reciprocal universe is motivated with such exactness of balance that astronomers can calculate the positions of planets and suns to the split second. In this wise, the universe is dependable. It observes the Law. It cannot do otherwise where God controls all things." Russell, The Universal One, Preface [see Law of Balance]

"This principle of rhythmic balanced interchange between father - mother lights of gravitation (syntropy) and radiation (entropy) is fundamental in all creating things." Russell, The Secret of Light, page 150

"Godâ€™s universal body is a two-way compensating, continuous and eternal universe of absolute balance in every effect of motion. Generation equals radiation, compression equals expansion, the red half of the spectrum equals the blue half, solid matter balances the potential of its surrounding Space in every wave field, and each one of every opposite pair not only balances with its opposite but borns its opposite through sequential interchange." [Russell, Home Study Course; see Law of Balance]

"The most obvious fact of Nature is its repetition in reverse of every effect of motion in two-way pulsing cycles. It is unaccountably strange that science has never observed this most obvious of all of Natureâ€™s characteristics. Every cycle in Nature is a two-way, equal interchange between pairs of opposite conditions. That interchange between the equally balanced anodes and cathodes of this electric wave universe constitute its pulsing heartbeat, which likewise is cyclic, otherwise it would not continue." [Russell, Home Study Course; see Law of Assimilation, Law of Balance]

Rhythmic Balanced Interchange of Consciousness
"The nature of God is to give out His love for regiving. The nature of the master must be to give out love to inspire others to regive love. [see Giving-Regiving]

"It has often been my good fortune to hear such masters as Paderewski or Gabrilowitsch practice scales and finger exercises. The unthinking listener might marvel at such â€œskillâ€, while one who listens with inner ears hears the silence of the Soul even in oneâ€™s practicing. The Soul alone can give out love. The body can render a perfect technical reproduction but if the love nature of God is not in it, it is not art, for the art of anything is not in the skill of rendering a visible or audible thing in the beauty and love which only the stillness of the Light of your Soul can give to it. And therein lies the difference between the genius of the master and Soulless mediocrity.

"That is why your constant communion with God is necessary for every moment of life and every stage of your creation. God must sit with you on your piano stool or workbench. Your hands must be His hands. Your thinking must be His thinking. Love must be interwoven in every stitch of whatever pattern you are weaving, every word you are writing, and every interchange between yourself and your fellow men.

"And as love is rhythmically repeated in its givings and regivings to synchronize with the givings of your outward breath to the heavens and their regivings to you, and as such balanced rhythmic interchange between your heartbeat pulsings and all other electric extensions from the stillness of your Soul is LAW â€” the basic fundamental LAW of all creating things in all this electric universe â€” your own masterpiece is the measure of how divinely you have conceived it and how worthily you have rendered it in balance with Universal Law.

"To the extent that you can extend the beauty of your imagined rhythms to material bodies built in the images of your spiritual conceptions those rhythms which you create are masterpieces of great art. The very measure of the quality of your material interpretation lies in your ability to translate imagined forms and rhythms of the universal heart beat into bodily forms and rhythms which can reinspire others with the ecstasy of your inspiration.

"You cannot reinspire others, however, if you leave God out of your technical rendition. That is why meditation is necessarily continuous. That is why great masters never go into their concert hall or to their easels or work benches without an interval of time to forget materiality to seek the zero of the still Light which centers their Consciousness before extending their thought images out from that stillness into the three dimensional universe of moving electric waves which Creation is.

"Not only every day should be started by seeking that zero of stillness but every moment from the beginning of anything to its fulfillment. How often have I literally opened the door of my studio, after some disturbing telephone call or other distraction, to let my sensed-self out and let God in.

"You cannot do anything of yourself alone. Whether you know it or not you have to acquire God-power to even lift your finger. You are automatically controlled in every action. Why not be controlled by working with God knowingly at all times, and being fully aware that God, and His law, are working with you.

Continuous meditation means continuous God awareness, and that continuity of awareness is forever leading you higher and higher into the high heavens of your own mountaintop.''

"That, and that alone, is the great glory of life, and of living. That awareness, and that alone, leads you to masterliness of achievement, peace, prosperity, happiness and the love of all mankind which is forever enduring." [Russell, Home Study Course; see Working With God]

"It has ever been and is, even in materiality, a reciprocal world. "If ye will be my people, I will be thy God" (Jerimiah 32:38), If ye would know Good do Good. If ye would have life, give life. If ye would know Jesus, the Christ then be like him... "There is no life without death, there is no renewal without the dying of the old." Cayce (1158-9)

Rhythmic Entrainment
"The process of many unsynchronized vibrations coming into synchronized motion, first one with another, then at an ever quickening rate, the others fall into synchronous action with the first unit." [(source unknown) see Sympathetic Vibration]