Universal Ground State
It has been often stated the underlying substrate/matrix or ground state of the universe is LOVE from which or out of which all things emerge having been stimulated or excited by mind activity of idea or Thought. This Universal Ground State has characteristics of a certain nature that could be better described as a state of "sympathy" as in the sympathy existing between two tuning forks tuned to the same pitch; i.e., sympathetic vibration and/or sympathetic oscillation. Over the centuries this ground state has been called by many names; Mind of God, Spirit, Heaven, The Void, Allah, Brahma, etc. That these terms and concepts have been anthropomorphized is an effect of humanity's efforts to personalize into 3D materiality what cannot be personalized to an outside construct but lies within humanity itself as foundational to its consciousness as co-Creator. It is in fact just the opposite - the mind of humanity is creative, fecund and a mirror expression of Divinity's powers operating within itself. In short humanity has created false gods in humanity's self image instead of knowing humanity has been created in God's image - an entirely reversed conceptualization. The Source of all energy, force and substance originates in this background state or matrix. All energy, force and substance experienced in the 3D material world are resultants or effects of this One Source. So we begin our studies from the only beginning there is.

To proceed then we recognize and hold in abeyance any ego-created anthropomorphic constructs assigned to this neutral, natural and perfectly balanced state of Mind, Energy, Force and condition - the All That Is.

Sympathy
This neutral or quiescent Universal Ground State, matrix or governing state operates through a dynamic state called sympathy. To put such a concept bluntly: every thing in the universe is entangled at the sub-quantum level with every other thing in the universe via sympathetic association. This subtle yet highly dynamic condition is clearly described by the The Laws of Being. This dynamical sympathy, where every individualized thing is entangled, is the essence of self-awareness as what happens to any one thing is sympathetically coupled to and experienced by every other thing simultaneously - there being instantaneous sympathetic communication at these higher subtler levels of subdivision. [see 3.9 - Nodes Travel Faster Than Waves or Light] 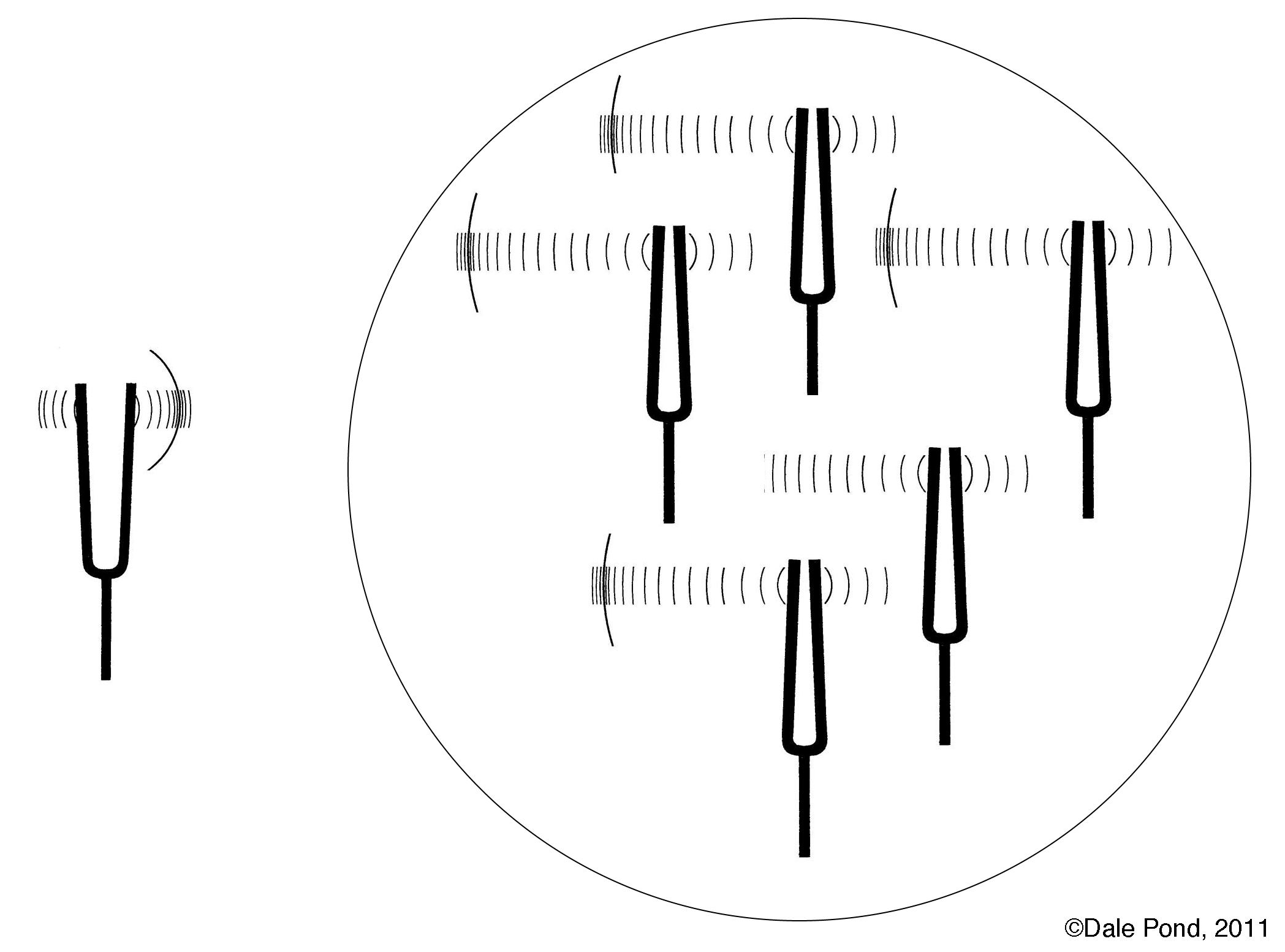 Molecules as Tuning Forks in Sympathy - As one vibrates so do all
(click to enlarge)
Taking molecules or atoms in a mass (circle) as small tuning forks (symbolically). When one is disturbed they are all equally disturbed because they are all sympathetically entangled on one or more subdivisions (harmonics) of their matter or energy.


State
All forms, expressions and manifestations of Matter and Energy are what they are by virtue of their respective State or Condition as opposed to be considered as an isolated "thing". This state or condition is composed of interlocking variables taken together express its wavefunction. As example of a set of variables may be taken as Russell's Eighteen dimensions. The state of energy in motion is periodic, rhythmical and/or intermittent.


Concurrent Multi-phase
The seven subdivisions nature and construct of Matter and Energy.

Return to The Physics of Love - Volume 2