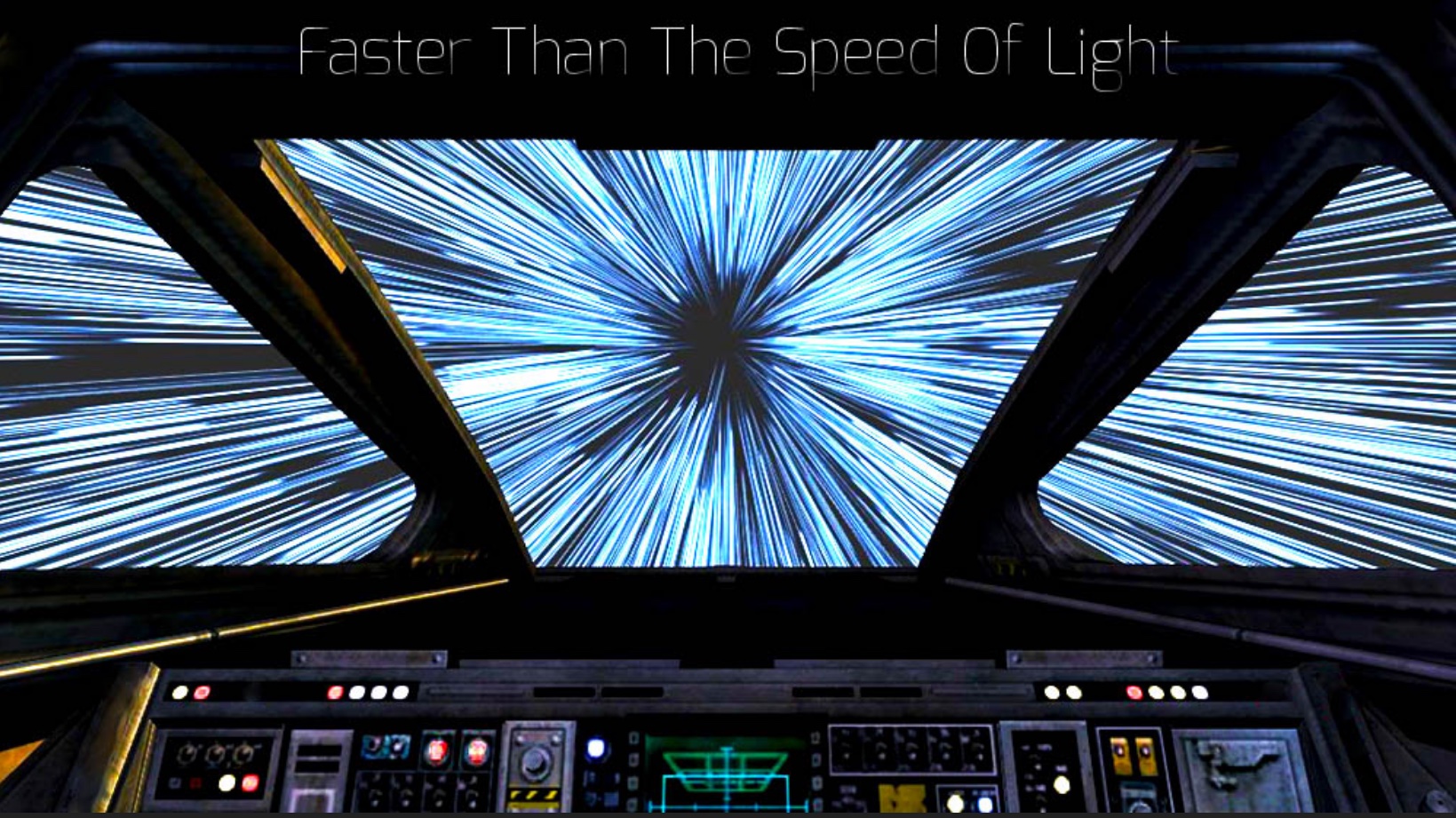 Richard Feynman
". . . if we beam x-rays on matter, or radio waves (or any electric waves) on free electrons the term (w02-w2) becomes negative, and we obtain the result that n (the index of refraction) is less than one. That means that the effective speed of the waves in the substance is faster than (the speed of light) c''! Can that be correct?

It is correct. In spite of the fact that it is said that you cannot send signals any faster than the speed of light, it is nevertheless true that the index of refraction of materials at a particular frequency can be either greater or less than 1. This just means that the phase shift which is produced by the scattered light can be either positive or negative. It can be shown, however, that the speed at which you can send a signal is not determined by the index at one frequency, but depends on what the index is at many frequencies. What the index tells us is the speed at which the nodes (or crests) of the waves travel. The node of a wave is not a signal by itself. In a perfect wave, which has no modulations of any kind, i.e., which is a steady oscillation, you cannot really say when it "starts", so you cannot use it for a timing signal. In order to send a signal you have to change the wave somehow, make a notch in it, make it a little faster or thinner. That means you have to have more than one frequency in the wave, and it can be shown that the speed at which signals travel is not dependent on the index alone, but upon the way that the index changes with the frequency. . . . (W)e will calculate for you the actual speed of signals through such a plane of glass, and you will see that it will not be faster than the speed of light, although the nodes, which are mathematical points, do travel faster than the speed of light."'' (emphasis and underline added) [Richard Feynman, Lectures on Terrorism, Volume 1]


Keely
"Although physicists know that this extraordinary influence exists between inanimate objects as a class, they look upon the human organism as little more than a machine, taking small interest in researches which evince the dominion of mind over matter. Keely's experimental research in this province has shown him
- that it is neither the electric nor the magnetic flow, but the etheric, which sends its current along our nerves;
- that the electric or the magnetic bears an infinitely small ratio to that of an etheric flow, both as to velocity and tenuity;
- that true coincidents can exist between any mediums-cartilage to steel, steel to wood, wood to stone, and stone to cartilage;
- that the same influence (sympathetic association) which governs all the solids holds the same governing influence over all liquids;
- and again, from liquid to solid, embracing the three kingdoms, animal, vegetable and mineral;
- that the action of mind over matter thoroughly substantiates these incontrovertible laws of sympathetic etheric influence;
- that the only true medium which exists in nature is the sympathetic flow emanating from the normal human brain, governing correctly the graduating and setting-up of the true sympathetic vibratory positions in machinery necessary to success;
- that these flows come in on the order of the fifth and seventh positions of atomic subdivision, compound ether a resultant of this subdivision;
- that, if metallic mediums are brought under the influence of this sympathetic flow they become organism which carry the same influence with them that the human brain does over living physical positions - that the composition of the metallic and of the physical are one and the same thing, although the molecular arrangement of the physical may be entirely opposite to the metallic on their aggregations;
- that the harmonious chords induced by sympathetic positive vibration permeate the molecules in each, notwithstanding, and bring about the perfect equation of any differentiation that may exist - in one, the same as in the other - and thus they become one and the same medium for sympathetic transmission;
- that the etheric flow is of a tenuity coincident to the condition governing the seventh subdivision of matter - a condition of subtlety that readily and instantaneously permeates all forms of aggregated matter, from air to solid hammered steel - the velocity of the permeation being the same with the one as with the other;
- that the tenuity of the etheric flow is so infinitely fine that any magnifying glass, the power of which would enlarge the smallest grain of sand to the size of the sun, brought to bear upon it, would not make it visible to us;
- that light, traversing at the speed of 200,000 miles per second a distance requiring a thousand centuries to reach, would be traversed by the etheric flow in an indefinite fragment of a second." [from Sympathetic Vibratory Force] (underline added)