These variables, dimensions or components of state are a larger set of a thermodynamic state. While standard thermodynamics considers primarily temperature, volume and pressure Russell's variable set of state is more comprehensive and inclusive. It is my opinion Russell (and his readership) would have been better served if he had used the term "variable" or "component" instead of the term "dimension".

These are the variables, dimensions or components which, when known and measured will make man master in that he will be able to evolve, or devolve, or transmute, or synthesize the elements at will:

These variables, dimensions or components are characterized by two outstanding peculiarity common to all of them: an orderly periodicity and Reciprocating Proportionality. Symbols are proposed and may change. ^ The image below is a sketch showing the eighteen variables as functions of waveform. 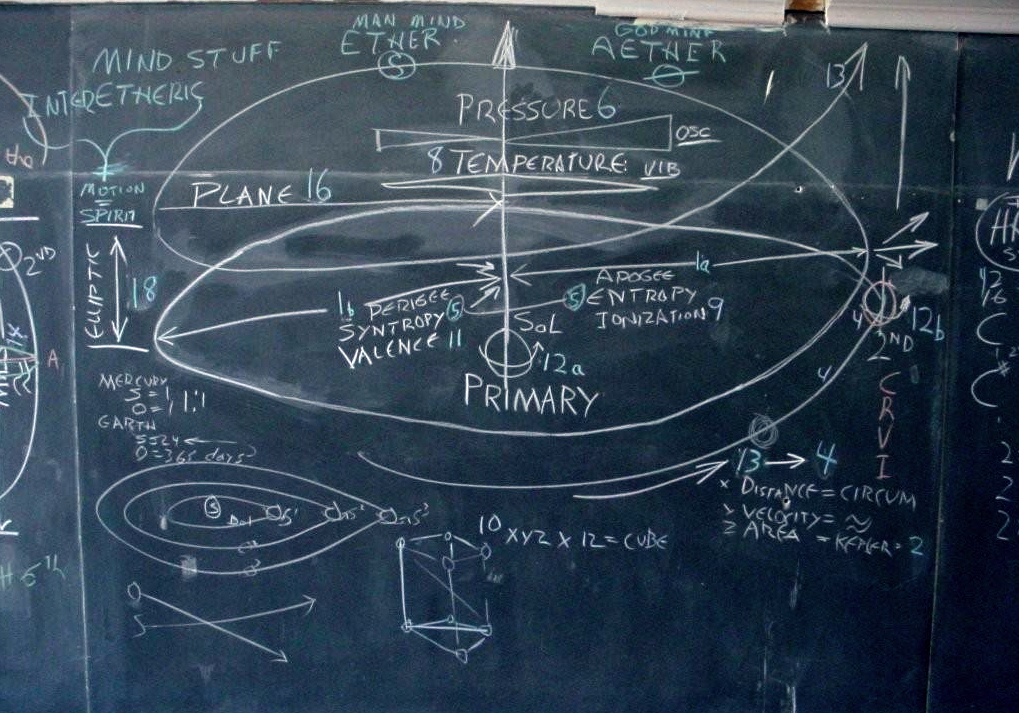 The 18 dimensions of the Light Unit.

"These are the dimensions which, when known and measured will make man master in that he will be able to evolve, or devolve, or transmute, or synthesize the elements at will." [Walter Russell - The Universal One]

When measurements of tonal positions are made possible and correlated to plane, color, temperature and other dimensions, a higher and more complex chemical analysis than that of to-day will be made possible.

The simple, modern chemical analysis of a grain of wheat will not allow a synthesis which will enable one to produce the same substance. The more complex chemical analysis of all of the dimensions which enter into that grain of wheat will make it possible to reproduce exactly that substance even to the retaining all of its attributes. [Walter Russell - The Universal One]

The first dimension is "length." The second, "breadth." The third, "thickness." The fourth, "duration," or "time." The fifth, "sex." The sixth, "pressures." The seventh, "potentials." The eighth, "temperature." The ninth, "ionization." The tenth, "crystallization." The eleventh, "valence." The twelfth, "axial rotation." The thirteenth, "orbital revolution." The fourteenth, "mass." The fifteenth, "color." The sixteenth, "plane." The seventeenth, "tone." The eighteenth, "ecliptic."