Chapter 4 - The True Nature of This Mind and Motion Universe - part V, page 83

It is self-evident that all motion springs from rest and returns to rest for eternal repetition in sequences which we call electric frequencies. It is also self-evident that all motion springs from out of the dark in divided pairs and multiplies their gaseous beginnings into dense bodies of incandescent suns, then disappears into the dark through the gases of themselves.

WHERE and WHAT is this invisible dark from which the light of motion appears, and into which it disappears? Is not this the supreme question of all the ages? Can there be any other answer to that question than the fact that Creation emerges from its Creator?

The greatest thinkers in science have repeatedly said that matter emerges from space and is swallowed up by space in some unknown and mysterious manner. The word space is rather a casual word to use in place of the Creator. Likewise, it is a misleading word, for space is not an expanse of something outside of matter. It is as omnipresent within matter as it is without, and it is in control of matter from within as well as from without.

Future generations of enlightened men will cease thinking of this electric universe as being matter and substance. They will know it for what it is, which is motion only. When the idea of substance has passed out of our thinking, and simulation of substance by motion will have taken its place, mankind will then comprehend his Mind-unity with the Universal Mind. And he will know his body for what it is - merely an instrument for creating form-images of Mind-thinking.

The Creator is the Supreme principle of Unity in His Oneness 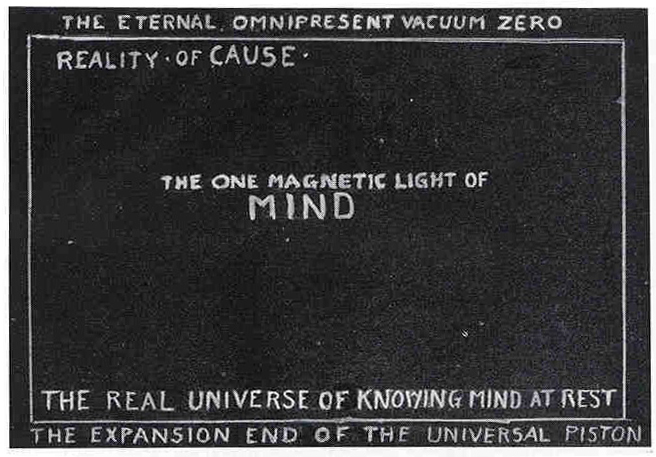 FIG. 6 symbolizes the uncreated universe, the zero vacuum universe of rest, from which the objective electric universe of motion emerges to manifest eternal life by simulating it in cycles of motion. This is God's omnipresent universe of Idea, and Desire for the expression of Idea, by moving forms which symbolize Idea. This is the universe of The Imaginer Who builds forms in the image of His imagining for giving and regiving in cyclic intervals, which unknowing man calls life and death.

This is the abiding place of eternal MAN who is ONE with GOD. It is God's kingdom of heaven within man, which the Nazarene bade men to seek. [Atomic Suicide, page 84]
(scan courtesy of University of Science & Philosophy)

of Being. The supreme urge back of His divided pairs is to seek unity in each pair. This is as true of the elements of matter, as it is true of living organic beings. Since all matter is divided into mate-pairs, is it not time that the Father-Motherhood principle of Oneness in the Creator, be recognized as the desire to attain that father-motherhood oneness by all of the divided mate-pairs of all Creation? Every particle of inorganic and organic matter in the universe is perpetually seeking unity with its balanced mate. There is no exception to this fact in all Creation. Sodium seeks balanced unity in chlorine. It does not seek it in aluminum, phosphorous or silicon. Nor do any of 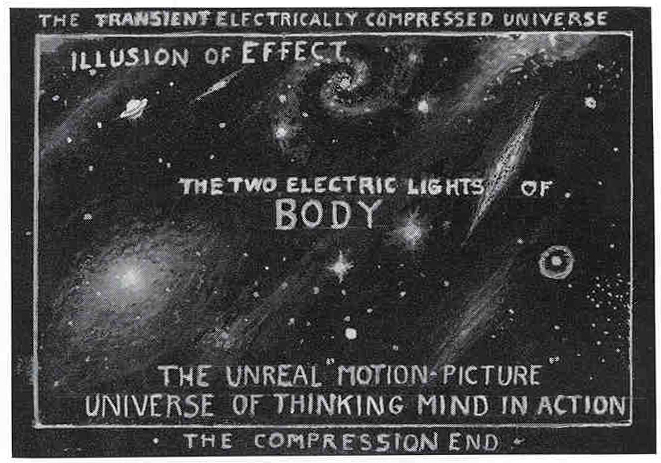 FIG. 7 symbolizes the transient, created quantities of divided pairs of units of electric motion which emerge from the vacuum zero universe to manifest its qualities for timed intervals, and are then dissolved into its equilibrium for re-emergence. These seeming quantities are Electricity - Compression - Form - Light - spectrum - Expansion - Sex - Sound - Heat and Motion.

There is no life, energy, knowledge, idea, truth, intelligence or any other quality of Mind or thought, in the motion which man calls matter and substance, and mistakes for reality. It is time that man realizes that there is nothing, whatsoever, in this visible universe but motion, and that REALITY exists only in the vacuum from which motion emerges as heat to simulate the Light of Reality.

(scan courtesy of University of Science & Philosophy) (click to enlarge)

If this search for balanced mates is universal in all bodies of matter, and if the division of an equilibrium into polarized pairs is the effect which electricity produces, why do we not recognize the sex principle as the basis of all electrically divided, and pressure conditioned matter, and discard the old text-book idea of two kinds of electricity, one which repels and the other

which attracts, as being the basis of matter and motion? See Fig. 8.

The Coulomb law would be more understandable under this concept, for, naturally, males do not seek union with males, and two red, or two blue sides of the spectrum do not make a complete spectrum. Such an inconsistent concept should be no longer applicable in a progressive world of slowly unfolding intelligence. The Coulomb law of attraction of opposites and repulsion of likes, has no relation, whatsoever, to Natural law. Nature does not attract, nor does it repel. Pairs of opposites in Nature are projected centripetally toward each other by the light mirrors of wave-field projectors of light images, which must await further explanation in the very brief description of the geometry of space that we can include in this book. This basic new science is unknown as yet but we are preparing to leave full records of it for posterity if - and when - posterity shall be ready for it. Suffice it for here to say that all mates which are approaching each other for union are electrically forced to approach each other from the outside. They are not 'attracted' together from the inside. They cannot help being forced. They are being wound tip together electrically in spiral vortices. They must inevitably collide and become one even as a threaded screw is forced to interpenetrate an oppositely threaded nut. This simile is a good one in other ways. It exemplifies the red and blue of the spectrum and the red and blue of sex division. The red interpenetrates the blue in all elements up to carbon. Beyond carbon the blue interpenetrates the red. This is also an unknown basic characteristic of the creative process, for no text book of science even mentions it.

The Coulomb law has been fundamental for decades. Those who still desire to cling to it must deny the Einstein Equation of 1905, for both of these contradictory laws cannot be true. One or the other must be wrong.

[Return to Atomic Suicide - the book]