Not one action of motion by man or Nature - in all the universe - can escape from the absolute centering of its action by the Controller of all action. Anything, or any man who tries to escape from it, or use his "free will power" to do as he chooses, may exercise that privilege, even unto destroying himself by so doing. He will not escape, however, from the perpetual control of his universal energy Source. No matter what he does, to upset the universal balance, he will find that the Creator of Creation always centers him, and his own unbalanced orbit is still on center with his unbalance, and is perpetually in a plane of 90 degrees from the shaft upon which its circlings turn.

Consider a top, for example, which is spinning true upon the planet's axis of gravity. See Fig. 46-A. All motion around that axis is in true circles, and in planes of 90 degrees from that axis. The time comes when the top can no longer spin fast enough to keep its spinnings centered by the earth's axis. As it slows its speed its axis inclines. Every turn of the top still spins true to the now wobbling axis. That wobbling axis is compelled to revolve around its Source of balance, however, and in doing so it inscribes true circles around its gravity Source, and they, likewise, are in planes of 90 degrees from that axis, as illustrated in the diagram A1 and A-2. Consider the earth's orbit, for another example - see B-1 and B-2. When the earth was where Mercury now is, there was but one common center of gravity, and one equatorial plane for the earth, and for the sun. The earth has now left that position of perfect balance between itself and its source and set up an equator of its own, which is at an angle of 23 degrees from the sun's equator. Its axis has a similar variation to that of its source. It has not escaped God-control, however, for the sun's gravity still controls it by centering a larger circle, which includes its entire wanderings around two centers instead of one. Fig. 46-C illustrates this principle in an off-center flywheel which will turn with uneasy and uncomfortable oscillations if slow enough, but 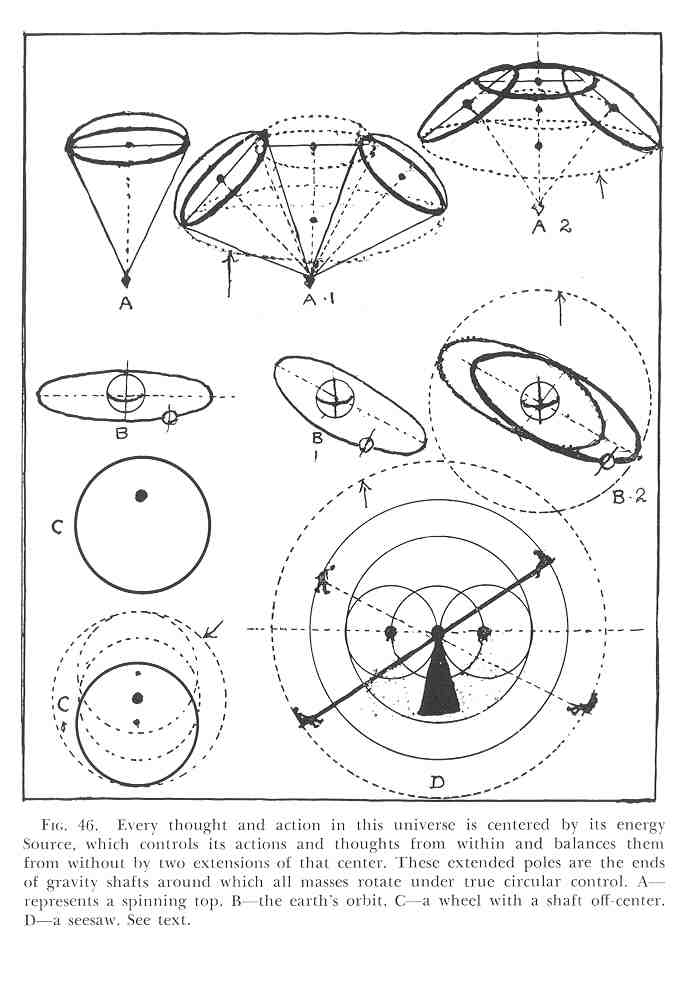 Figure 46 - Every thought and action in the universe is centered by its energy Source. (scan courtesy of University of Science & Philosophy) (click to enlarge)

Fig. 46. Every thought and action in this universe is centered by its energy Source, which controls its actions and thoughts from within and balances them from without by two extensions of that center. These extended poles are the ends of gravity shafts around which all masses rotate under true circular control. A–represents a spinning top. B–the earth's orbit. C–a wheel with a shaft off-center, D–a seesaw. See text.

would shake itself to pieces if turned very fast. This example is a good symbol of our present civilization, which is ever turning faster in its eccentric orbit, and ever approaching its dissolution.

Fig. 46-D exemplifies the normal balance of equal interchange in sequential transactions. Every giving is balanced by an equal regiving. As long as that interchange continues its product is GOOD and will continue. If one of the two children upsets that balance by unequalizing the giving and regiving to manifest Nature's love principle, self-made disaster is certain to follow. The disasters of man's civilization are all self-made. Their orbits are ONE with their Source.

Man must someday learn that every cell of his body must be in tune with the universal rhythm in order to keep his body in balance, and every thought and action, which controls his body, should be within as close a circular orbit as possible to reach within to the divine Source of all things where omnipotence and omniscience awaits all men. In this way only, and through such knowledge only, can man know the meaning of that Silent Voice, which has tried to reach through his senses for ages. A continued effort to thus decentrate from concentrated movement to universal stillness, gradually unfolds one's spiritual and intellectual nature. Decentration invites meditation and meditation opens wide the doors for inspiration.

The geniuses of the world are those who have learned to talk with God by transcending their senses and becoming Mind-Beings. In this still very early stage of the unfolding of the man idea he is very conspicuously body-conscious and but faintly Mind-conscious. God's intent for man is that he should manifest Mind - not body. The signs of the times tell us, that more and more Mind-conscious humans are coming into their fruition stage, but mass-man is still body-and-sensation-conscious. That is why such chaos is spreading over the face of the earth. Culture is dying because sensation shuns culture. A Wagner or Mozart is worth billions, and should be nourished. The Wagners and Mozarts of today can be found trying to survive by playing in night clubs, or selling vacuum cleaners. We have no pennies to spare for the arts of peace while so many billions of dollars must be

spent upon the arts of war, and in extolling those who kill. Man has chosen to upset his own balance by seemingly violating the inviolate. In the battle of civilization for body-supremacy over Mind, it may well be that the moral, mental and spiritual decline of the last fifty years will continue into another degrading Dark Age. Time is naught, however, in Nature, and man will again arise through the efforts of the few among the many who are now becoming more and more Mind-conscious.

Scientifically, what is happening to mankind at the present time is that he has chosen to distort his balanced circular orbit around his Creator. His free will, supported by his ignorance of his unavoidable close relationship to God, and his unawareness of his dependence on God, has influenced him to choose transient body-sensations, body-comforts and body-values instead of eternal Mind-values. It is not possible for man to continue to distort true circular orbits of man around God, by choosing eccentric orbits or by unbalanced interchange in his human relations. No man, or nation, is powerful enough for that. Fear is the product of such unbalance)). Neither man, nor nation, can survive fear. The universe is founded upon love and man must someday become aware of the meaning of love as related to human survival. Our present civilization is hurting itself by building its own agonies and ills. It has become physically scientific instead of spiritually scientific. It has no living philosophy to overcome the philosophy of death which is now threatening the world. War has taken forty million lives in forty years, but radioactivity can very easily take four hundred million lives in four hours.

Twenty years ago there was less than three pounds of radium above this earth, yet people are dying today from slow accumulation of that little over the years. Today we are creating 8,000 tons of uranium salts each year which is ever so much more deadly. Not only that, we have 600,000 tons of uranium ore above ground. Who today can tell what the price will be that we must pay for that in human lives and deformed births? Who today can tell the price we shall be forced to pay in future years when the upper atmosphere sends us its bill, and the concrete containers, which have been thrown into the sea, become radioactive Frankensteins? We cannot know for twenty or more years what

that price will be, but if the intervening twenty years multiplies the amount of killer metals, which will be above ground in the ratio of its present increase, it is quite possible that the doom of the human race is then inevitable.

All of the above has been written to show that man cannot transcend Nature, or violate its tonal rhythms, by attempting to travel outside of the orbit ordained for him. By so doing he has extended his orbit in the direction of death by expanding his circle to take him farther away from God. Atomic Suicide - Fig 46|Fig. 46)) will clarify that for you. Note the orbit of the earth. Its potential was maximum when its orbit was a true circle around its source. An elliptical orbit, and a straying from its plane of balance with the sun, not only widened its circle of control, but unbalanced its relations with its source by dividing its power by perihelion and aphelion positions in its orbit. The orbits of all the planets plainly mark out the road of death, which all dying things must follow. Can it be that man prefers to choose such a path, or is it because he just does not know?

How long must it be before mankind will know his universe and his Creator sufficiently well to live in love instead of in fear? The answer to that is dependent upon the length of time it will still take for man to know his universe, and to know God who centers it and him. As long as man chooses to think, or act, out of balance and close control with the Magnetic Light which centers his every cell as well as his Soul-Identity, he but weakens himself by distancing himself from his Source of power. In so doing, however, he does not escape from its absolute control and watchful care over him, no matter what he does to hurt himself.

All of the examples given in Fig. 46 illustrate the principle of balanced control of all creating things by their Creator. It also illustrates the principle of multiplied power which man gives to himself by ever drawing the circles of his body in closer circles of balanced relationship with his Maker in order to become a Mind-Being primarily, and a body, secondarily. The secret of power, therefore, for any man, does not lie in his ability to create motion. It lies in his ability to knowingly control it. A little knowledge is more powerful than a big cyclotron.

Return to Atomic Suicide - the book