A magnet in the shape of a bar.

A magnet is a material or object that produces a magnetic field. This magnetic field is invisible but is responsible for the most notable property of a magnet: a force that pulls on other ferromagnetic materials, such as iron, and attracts or repels other magnets. Wikipedia, Bar Magnet 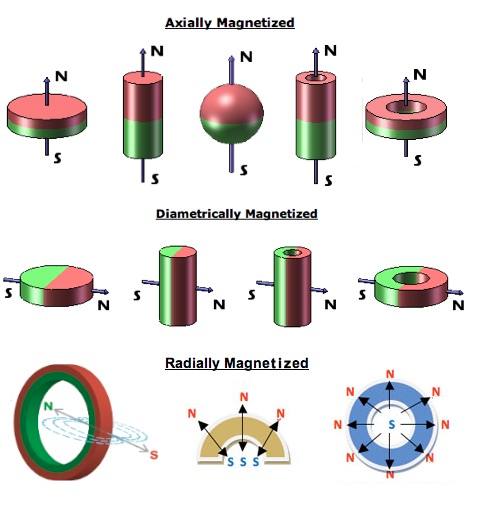 
Russell
"The familiar bar magnet, created by the electric current, will serve as a clarifying example of balance in the elements, which are all created in pairs, but are as often united as unbalanced pairs as balanced ones." [Atomic Suicide, page 276]

"We see the positive pole of a compass needle pointing toward the negative pole of a magnet and the negative pole of the magnet pointing toward the positive pole. This evidence is one of the bases of our conclusion. That is what our eyes see. What actually is happening is that they are voiding each other's unbalanced condition to seek balance through each other.
Opposite poles get as far away from each other as they can, until their opposition is voided by balance in their fulcrum and they cease to be.
When the positive pole of a magnet is brought into contact with the negative pole of another magnet, that effect which we think of as attraction is one of voidance. It is a cessation of opposition or power to manifest anything. Polarity utterly ceases at that point and each opposite extends to each opposite end, each getting away from the other and through the other, spirally, as far as it can.
If opposite poles attracted each other, they would be together in the middle of a magnet instead of at its ends." [Walter Russell, The Secret of Light, page 160-161]

When two bar magnets are joined end to end the Neutral Line will move to the center of the new composite bar magnet. The poles will migrate to the ends. Demonstrating magnetism is NOT part of iron but of the Magnetic Flow passing through the iron.

"Naturally the desire for equilibrium through attempted depolarization will shorten the electric line of opposition in the direction of its length and thus draw south and north together bent on mutual destruction just as chemical affinities depolarize each other by contact. One becomes an extension of the other just as a piece of polarized steel added to another one depolarizes both at the point of contact and extends their signs to opposite ends of the bar. If one polarized pith ball comes into contact with another, this is what happens." [Genero-Radiative Concept] 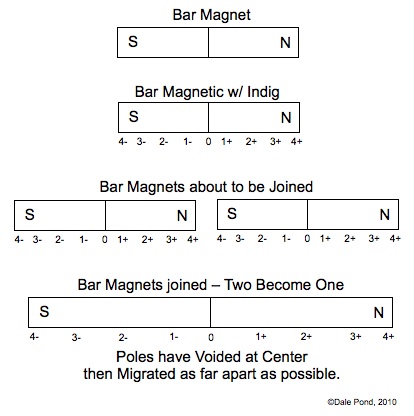 Thus demonstrating magnetism is an energy flow or stream and not an inherent parameter of particles.


"The continuous flow of the magnet is merely a diversion of that portion of the terrestrial envelope. The third current of the triune stream. The velocity of the vibration governing the flow of the magnetic stream, comes under the head of the first interatomic, and ranges from 300,000 to 780,000 vibrations per second; the first order above odor permeating the molecules. The course of this sympathetic flow is governed by the full harmonic chord; and, consequently, moves in straight line; thus transmitting its sympathy free of molecular interferences." [Keely and His Discoveries]