"Maxwell's theory is correct that the plane of polarized light is the plane of the magnetic force. The sympathetic vibrations associated with polarized light constitute the pure coincident of the plane of magnetism. Therefore, they both tend to the same path, for both are interatomic, assimilating sympathetically, in a given time, to continue the race together; although one precedes the other at the time of experimental evolution. The time is approaching when electromagnetic waves with an outreach of two feet will be produced, having an energy equal to that now shown up on the magnet when it is about to kiss its keeper; and showing a radiating force too stupendous for actual measurement." Keely

Stephen Rand, a professor in the departments of Electrical Engineering and Computer Science, Physics and Applied Physics, University of Michigan and author of a paper on the work published in the Journal of Applied Physics had written in 2011:

"Light has electric and magnetic components. Until now, scientists thought the effects of the magnetic field were so weak that they could be ignored. Rand and his colleagues found that at the right intensity, when light is traveling through a material that does not conduct electricity, the light field can generate magnetic effects that are 100 million times stronger than previously expected. Under these circumstances, the magnetic effects develop strength equivalent to a strong electric effect." Light has electric and magnetic components

Curvature then disappears and so, also, does motion - as shown in Fig. 79. Every point on every face of those resultant cubes is zero in potential and motion, for they are planes of magnetic Light. They are also mirrors which reverse all direction of motion, 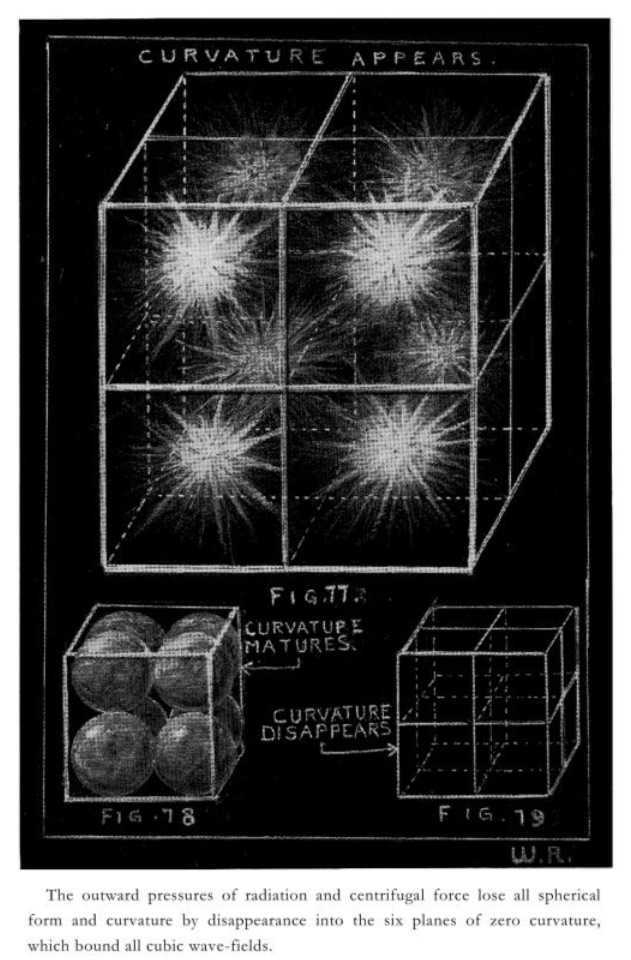 Fig. 77, 78, 79. The outward pressures of radiation and centrifugal force lose all spherical form and curvature by disappearance into the six planes of zero curvature, which bound all cubic wave-fields." [Atomic Suicide, page 289-290]