There is and has been much conversation about Keely's extraordinary dissociation of water into its constituent components. Most believe he did this with vibration as in sound vibration. This view does not reflect what has been written about his actual experiments, witnessed by many scientists and engineers. Keely clearly states: "The sound vibrations of themselves have no power whatever to induce dissociation, even in its lowest form." Keely and His Discoveries

Keely used oscillation which is a motion somewhat different than vibration. See Part 8 and Part 9 wherein the differences between these two motions is discussed. These two motions are NOT the same as we can see by manipulating either one of them does not produce the same effects in the other. Keely's dissociation process, acoustically speaking, is nothing other than the disintegration of molecular and atomic mass into its constituent parts (electrons, photons, etc.). This dissociated water may be a vapor, gas, ultra-gas, plasma or etheric (sub-quantum) tenuous gas. Keely called one subdivision of liquid water "etheric vapor" under a certain order of subdivision. Certain types, levels or subdivisions of this gas/vapor are sensitive to Will Force. We know this to be true because of the beautiful experiments of Masaru Emoto and his water crystals. 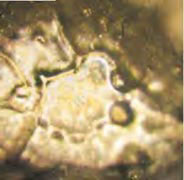 Figure 15.00a - Fujiwara Water Before Prayer
(click to enlarge) 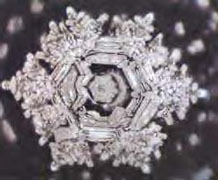 Figure 15.00b - Fujiwara Water After Prayer
(click to enlarge)

This peculiar quality evidenced in water and super refined water vapor was made use of by Keely in the design, construction and operation of his sympathetic machinery. This fact is obviously quite significant when considering the health fields. This connection between mind and body illustrates concepts such as "The body, being the mind's mirror, will always reflect the symptoms of conflict and fear within your beliefs." A Dialogue on Awakening, page 188

In this Part/Section 15 are compiled many of the methods used to dissociate water into its constituent parts.