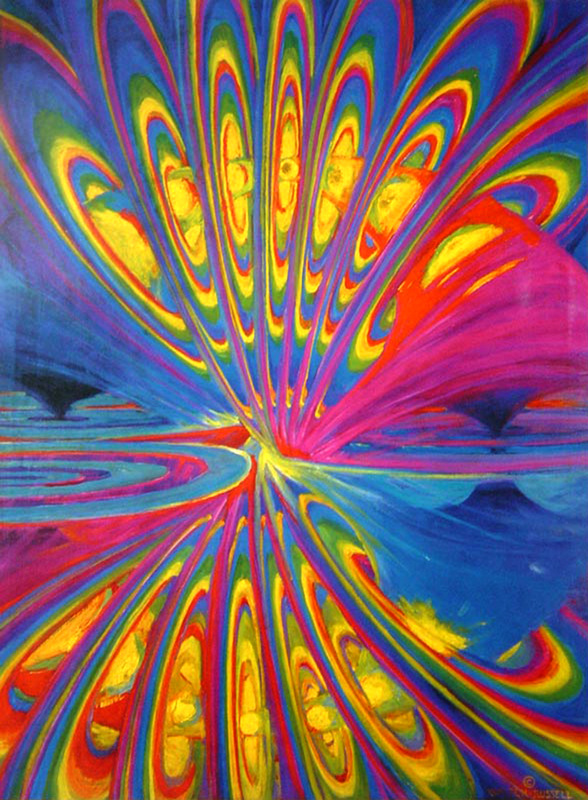 
The Octave Wave oil painting is one of Dr. Russell's most famous pieces. It was painted circa 1921 after Dr. Russell was asked by physicist H.H. Sheldon to create a visible representation of the invisible universe, in order to better explain his cosmogony.
Dr. Russell describes it as such, “These paintings, in full color, were made to illustrate the birth of matter as it emerges from “space”, and its “death” as it is swallowed up by space, for space is its womb, and also its tomb. Its appearance from space is merely its coming within the reach of our senses, likewise its disappearance is the reverse, for its cycle continues beyond our range of sensing, as the cycles of all things do.”