The entire mechanical principal of Nature, by means of which its light illusions of motion are produced, is the consequent effect of such radial extensions. Because of it, the seeming multiplication and division of the universal equilibrium into the opposed electrical pressures of gravitation and radiation, which form the foundation of this universe of change, are made possible. (Fig. 3) 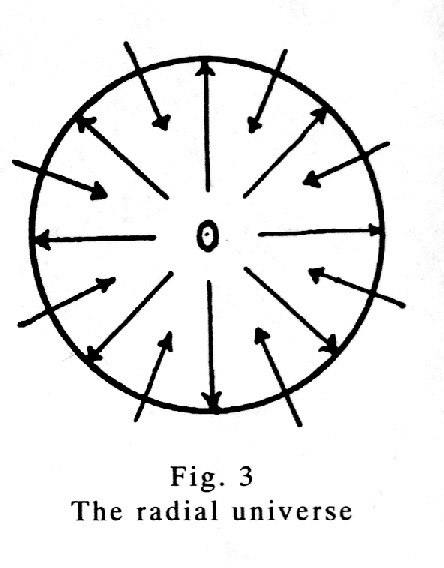 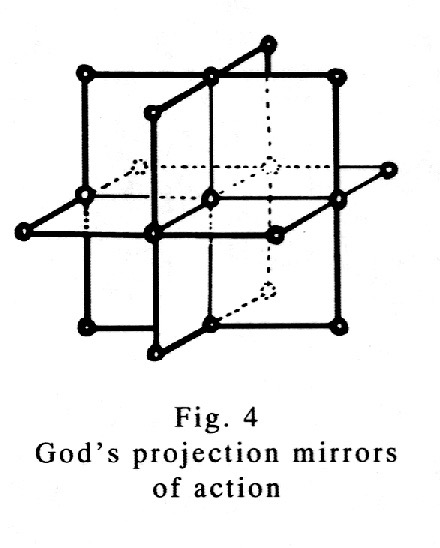 
Points of rest, further extended to other points of rest, form three reflecting planes of still magnetic Light which are at right angles to each other. (Fig. 4) From the center of these three mirror planes of zero curvature, God's givings are radially projected to six opposed mirror planes for reprojection as regivings, to unfold and refold the forms of God's imaginings in the curved electric universe of His desiring. (Fig. 5) [Walter Russell, The Secret of Light, pages 219-220] 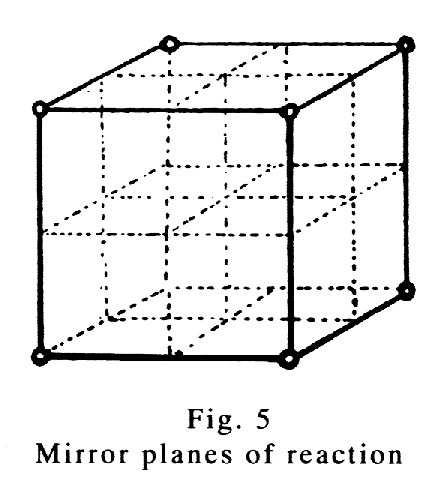