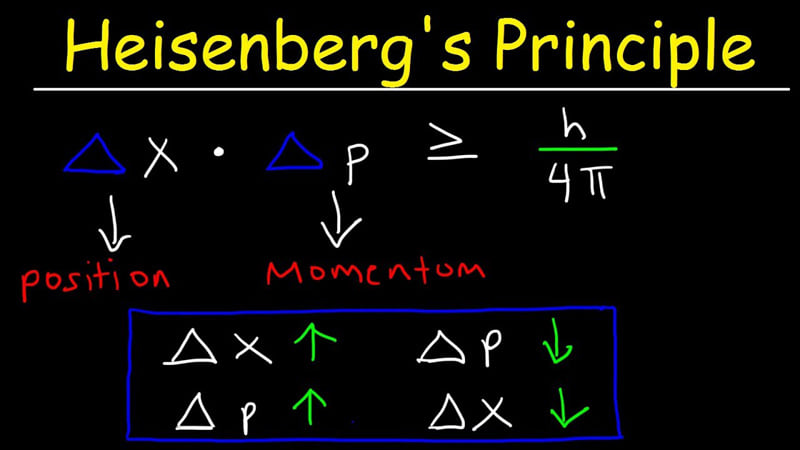 
In quantum mechanics, the Heisenberg uncertainty principle states by precise inequalities that certain pairs of physical properties, such as position and momentum, cannot be simultaneously known to arbitrarily high precision. That is, the more precisely one property is measured, the less precisely the other can be measured.

Published by Werner Heisenberg in 1927, the principle means that it is impossible to determine simultaneously both the position and the momentum of an electron or any other particle with any great degree of accuracy or certainty. This is not a statement about researchers' ability to measure the quantities. Rather, it is a statement about the system itself. That is, a system cannot be defined to have simultaneously singular values of these pairs of quantities. The principle states that a minimum exists for the product of the uncertainties in these properties that is equal to or greater than one half of the reduced Planck constant (Ä§ = h/2Ï€). (wikipedia)